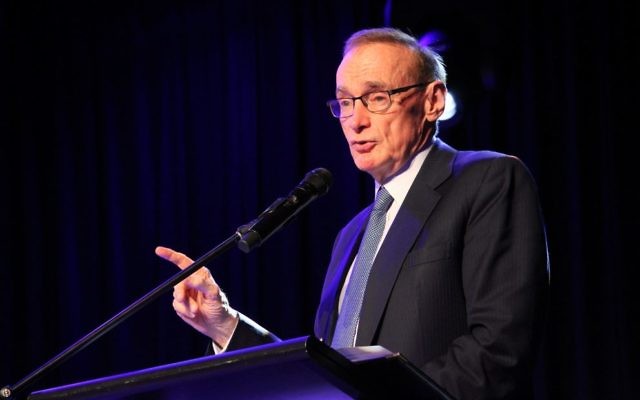 LABOR frontbencher Anthony Albanese has refused to distance himself from comments by his former colleague Bob Carr who said this week that the ALP should “light up the sky with a resolution that says the next Labor federal government will recognise Palestine”.

Carr, the former foreign minister, made the remarks as keynote speaker at an ALP policy forum on Palestine in Sydney on Tuesday, attended by more than 200 party members and hosted by Albanese and shadow minister Tony Burke.

The event was held less than a month before the NSW Labor Party’s state conference.

“We can do that now at our conferences and our meetings … to send a message to both sides – to the Israelis that your settlements and chauvinism we reject and the result is that now we support a Palestinian state, and to the Palestinians that there is hope,” Carr said.

“A lot has happened since that motion was passed at our last national conference in 2015,” he added, referring to an adopted position where lack of progress in the next round of the peace process would trigger a future federal Labor government to announce conditions and timelines for Australian recognition of a Palestinian state.

Asked by The AJN if he agreed with Carr’s views, Albanese said he had no comment.

Carr went on to say, “There have been more settlements and there are more members of the Israeli cabinet saying no, there will never be a Palestinian state”.

“Our goal has got to be to get a federal government that speaks out in unmistakable language in opposition to an enterprise that is thoroughly illegal in international law, and encourage other nations to move with us to recognise Palestine,” he said.

Carr also spoke of “the suffering of Palestinians” and their “daily humiliation of living under occupation” but pointed the finger of blame entirely on Israel.

And he made a point of praising members of the lobby group Jews Against The Occupation (JATO) for attending the forum.

“What a noble title that (JATO) is,” Carr said.

The NSW Labor state conference will be held on July 29.