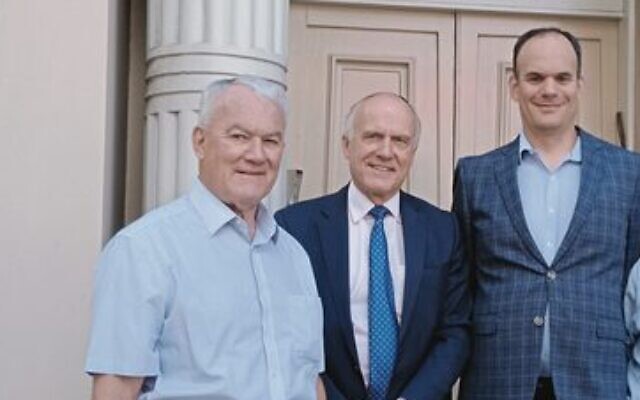 Security is being stepped up at Australia’s oldest synagogue, thanks to a $216,000 grant from the federal government.

The funding, which will allow Hobart Synagogue to install 14 CCTV cameras, was announced on Monday by Tasmanian Liberal Senator Eric Abetz.

Visiting the shule, which was consecrated in 1845, he said, “Given the recent rise in antisemitic activity, it is good to see the extra protection being offered to this historic building and those who use it.”

Noting the funding was made available under the Safer Community Grant scheme and that there has been a notable increase in antisemitism, Abetz added, “It is right and proper that this extra security be provided and while disappointed that it is needed, I’m pleased we’ve been able to provide it.”

Welcoming the funding, shule president Jeff Schneider told The AJN, “We are very grateful to receive this grant from the federal government and will use it to ensure the safety and security of our congregants. Also special thanks to CSG NSW for their assistance with our application.”