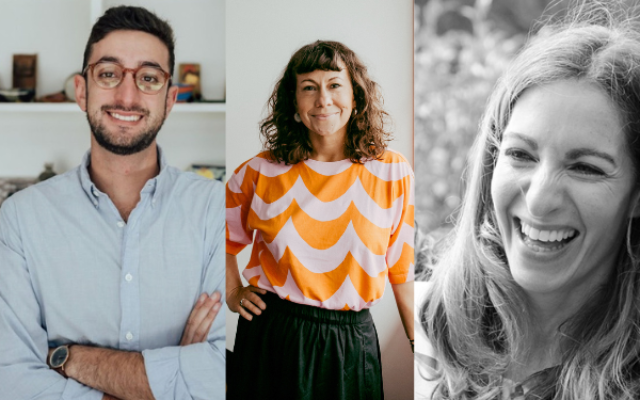 Who wouldn’t want to start their Sunday off with some coffee and news headlines?

The difference here though is that the news headlines are delivered a bit differently. Zara Seidler and Sam Koslowski were always the friends who were asked to explain what was going on in the news around the world. So, they gave the people what they needed, and started The Daily Aus. They know that young people are accessing information and news on their mobiles, but they need it in bite-sized fashion. They balance their content between what young people care about and what they believe young people should care about. The Daily Aus now communicates the news to more than 80,000 people every day, with 85 per cent of their audience under the age of 35 and 70 per cent citing it as their primary news source.

“If you follow us, you’re likely to see explainers on Bitcoin, climate action and travel bubbles as well as the infinitely less sexy: taxes, inflation and by-elections,” they state on their website.

Koslowski will be appearing at the Sydney Jewish Writers Festival (SJWF), in conversation with Jenna Price, Fairfax journalist and columnist, media commentator and visiting fellow at the Australian National University. The pair will be chatting about new versus traditional media and what gen Z really think about current affairs.

There’s plenty on offer at this year’s festival, which celebrates all things Jewish fiction and nonfiction by Australian authors, including some special events for the kids.

Opening the program this year is “Little Pago with Lauren Briggs”. Briggs is a visual storyteller with a passion for children’s picture books, literacy, the environment and Indigenous education. Little Pago tells the story of an energetic and playful baby sea turtle living on the Great Barrier Reef, and aims to teach children about friendship, perseverance and the important role everyone plays in ensuring the ocean’s most vulnerable sea creatures are protected so they are safe for future generations.

Also for kids is a session with illustrator and author Beck Feiner about her book, If I Was Prime Minister. The book asks the questions: What would you do if you were Prime Minister for the day, if the grown-ups weren’t in charge and kids could run Australia? It’s hilariously engaging for kids with some wild ideas – like hanging giant rainbows in the sky so everyone is happy.

Feiner uses her books to shine a spotlight on social issues. Her first book, Aussie Legends Alphabet received nationwide recognition and led to five more books including Big Love and My Folks Grew Up in The ’80s. Feiner has also illustrated some excellent Jewish-themed books, including It’s a Mitzvah and My First Jewish Baby Book.

Both sessions will be accompanied by fun craft activities for the kids.

“We hope that these exciting encounters with Sydney-based authors and illustrators ignite our children’s interest in books and the magic of storytelling, while giving their caregivers the chance to attend one of the festival talks,” festival director Anna Stern said.

The varied program covers everything from female friendships to grief, contemporary religion, and a Polish Jewish circus family’s Shoah survival.

In a session titled “The Freedom Circus with Sue Smethurst”, award-winning journalist Smethurst shares how she uncovered her grandmother-in-law’s story. When Smethurst – who has spent more than 20 years in media and has written for some of Australia’s biggest-selling titles including The Australian Women’s Weekly, Good Weekend and The Weekend Australian – first spoke to her grandmother-in-law she was shooed away, with the latter believing her story was nothing special. But as Smethurst reveals in The Freedom Circus, it’s actually a pretty incredible tale of a Polish Jewish circus performer who survived the Shoah following a terrifying journey through the USSR and Middle East to Africa, before finding refuge in Australia.

Wrapping up Sunday’s session will be “The (Jewish) Books That Made Us”. Inspired by the popular ABC docu-series, this session brings together the SJWF authors for a lively and entertaining discussion about the Jewish authors and pieces of writing that have inspired them. According to the SJWF team, “Audience members can expect to walk away with an inspiring and eclectic reading list.” The session will be moderated by Scott Whitmont, former long-term member of the SJWF advisory committee, and current business development and relationship manager for Booktopia Publisher Services.

Also on the program is “Abomination: Friendship, Faith and Identity with Ashley Goldberg”; “The Other Side of the Story with Dr Rachael Kohn”; “Found, Wanting with Natasha Sholl” and “Fugitive with Simon Tedeschi”.

In her program welcome, Stern said: “I’m thrilled to be writing this with the knowledge that very soon we will be reunited in person and immersed in that festival atmosphere we have longed for over the past two years … My hope is that this festival exposes you to new authors, genres, experiences and perspectives, and entertains and moves you”.

The Sydney Jewish Writers Festival will take place from June 19-20 in Double Bay. For the full program and tickets, visit shalom.edu.au