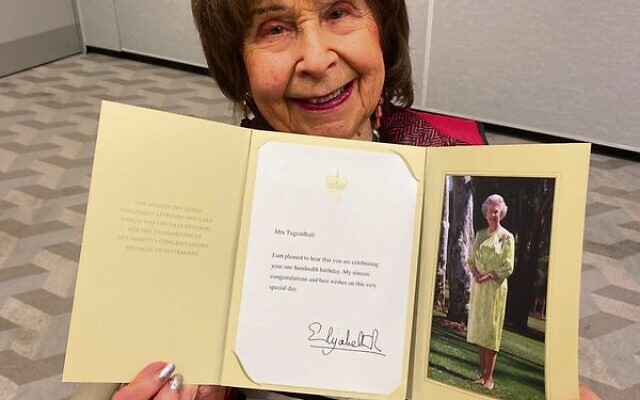 Lotti Tugendhaft with her letter from the Queen.

FOR generations of Australians, part of the joy and sense of achievement of turning 100 has been a letter from the Queen congratulating them on their milestone – and the letters recently sent by Her Majesty to Jewish Australian centenarians hold a special significance.

At 102, Lotti Tugendhaft of Melbourne this week fondly recalled receiving her letter from the Queen in 2020. Born in Germany in 1920, Lotti fled with her late husband Josef before World War II to the safe haven of Shanghai.

Before the communist takeover of China in 1949, Lotti and Josef left for Australia where she later became involved in the family’s fashion business. “I was so honoured to receive a personal letter of congratulations from Queen Elizabeth II,” said Lotti, harking back to her 100th birthday. “I have always admired her in the way she has devoted her whole life to serving her people with dignity, love and devotion.”

In Sydney, UK-born Harry Cohen of Randwick, who had served in the British Army, reflected, “My late mother was a monarchist and taught me to respect the monarchy. Of course, the card became more poignant when the Queen passed away.”

When he received his card from the Queen, Dr Keith Lazarus of Randwick was surprised. “It was a good feeling to hear from someone so high up in the communal world to sign a letter for a person in another country turning 100. I was the first in my family to make it to 100.”

Harry Fransman of Hunters Hill noted, “I was very proud and happy to receive the Queen’s letter of congratulations. It brought lots of memories, some very painful, about the war and people I loved and lost but at the same time I remembered all the wonderful things I have accomplished and experienced in my life.” 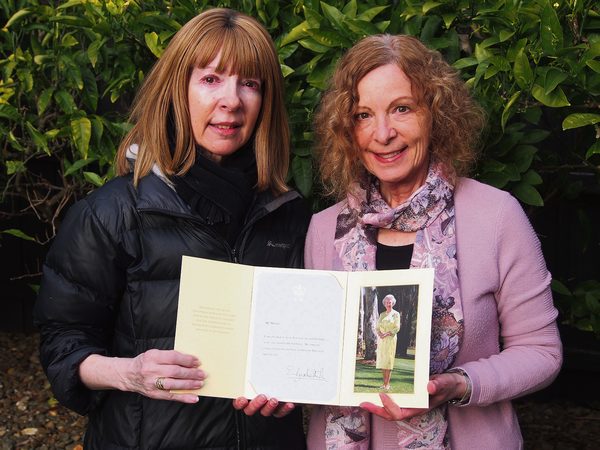 The letters sent by Her Majesty to two Melburnians this year are significant for another reason. The late Phillip Maisel and his surviving twin sister Bella Hirshorn, who turned 100 last month, were among the last Australian Jewish centenarians whose special birthdays were honoured with letters from Queen Elizabeth II.

Phillip passed away shortly after their 100th birthday. He had been in six labour camps during the Shoah, and headed the survivor testimonies department at the Melbourne Holocaust Museum from 1992 to 2021, receiving an OAM.

Bella, who was reunited with her brother after the war, had a decades-long involvement with WIZO, and received an AM for her volunteering.

Phillip and Bella had “felt very privileged and thrilled to receive a congratulatory message and card from the Queen”, Phillip’s daughters Michelle Deutsch and Yvonne Sherwin stated this week. Their father “was beaming from ear to ear and had commented on the beautiful presentation of the card”.

Reflecting on their dad and the Queen, Michelle and Yvonne stated, “It is poignant that they both were in their very senior years and have both sadly passed on. Each in their own capacity made such a significant contribution to society.”