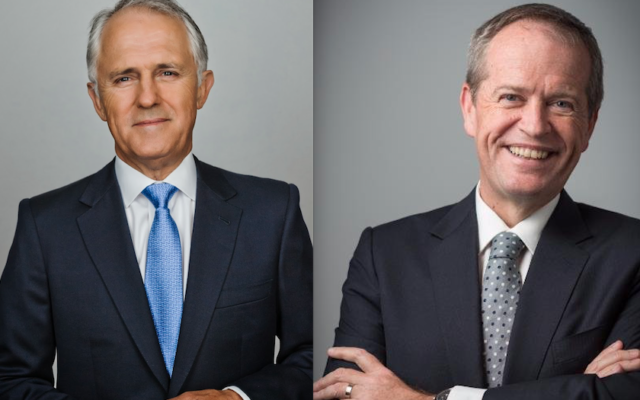 Lucy and I want to wish the Jewish Community here in Australia and all around the world a very happy and relaxing Chanukah for 5778. Chanukah, the festival of lights, celebrates the miracle of the oil in the Temple in Jerusalem.
The triumph of light over darkness and the long-lasting desire for a Jewish homeland for the Jewish people.
As Australia’s Jewish community gathers over the eight days of Chanukah, may the flicker of each menorah flame recall the miracle of the oil and its enduring message of freedom over oppression.
We should also use this time to reflect on the blessings of the present day, our families, friends and our great fortune to live in Australia, a land of peace and tolerance where diversity is valued, celebrated and underpinned by mutual respect.
Australia is the most successful multicultural nation on earth, and with each passing day this becomes more evident.
Against a twilight of widening divisions and deepening conflict around the world, our nation shines brightly as a beacon.
There is much to celebrate and be thankful for at Chanukah this year.
I wish you on behalf of all Australians, Chanukah Sameach.

BILL SHORTEN – Federal Leader of the Opposition
On behalf of the Federal Parliamentary Labor Party, it gives me great pleasure to wish the Australian Jewish Community a Happy Chanukah.
Chanukah, the eight day festival of light celebrates the triumph of light over darkness, victory of good over evil, knowledge over ignorance and hope over despair. It commemorates the rededication of the Holy Temple in Jerusalem at the time of the Maccabean war.
Chanukah reminds us that a commitment to freedom requires all of us to engage in the effort to defend and support the struggle against tyranny and evil around the world, which sadly remains a serious challenge. In times when we hear so much tragedy, let us allow Chanukah to remind us that good will always prevail over evil.
Chanukah is a time for celebrating with friends and family, whilst also reflecting on all those who are doing it tough – both here in Australia and around the world.
Let us use this joyful time to try and do something to bring a little bit of generosity and cheer into the lives of those less fortunate.
I wish you and your families a Happy Chanukah, filled with peace and love, along with many latkes and sufganiyot.
Chanukah Sameach!

GLADYS BEREJIKLIAN – NSW Premier
I send my warmest wishes to the Jewish community on the celebration of Chanukah.
Chanukah is a special time of year where we embrace hope, faith and strength, as we remember the important message that light prevails over darkness.
On Chanukah the Jewish people unite to recall the great miracle that happened in the Temple, as one flask of oil lasted to give light for eight days.
As the light of the Menorah shines upon us, we unite to remember the reconsecration of the Temple in Jerusalem, spreading the hope and faith that the light represents.
It is a tradition that has survived with time, from the shtetl to the suburbs of Sydney.
I extend my warm wishes to the Jewish Community in NSW and around the world for a very joyful Chanukah.
Chanukah Sameach

LUKE FOLEY – NSW Opposition Leader
As the Australian Jewish community and its many friends mark Chanukah we celebrate again the many truths from the Festival of Lights.
Because in ancient miracles we find everlasting truths and modern approaches that serve all our lives well.
Twenty-two centuries after the first chapter of the joyful Chanukah story was enacted the story of the Maccabees military victory over the mightiest army at the time has profound resonance today.
Not the military aspect but from the spirit and belief that led to the reclaiming of the Holy Temple in Jerusalem after its desecration, and the rekindling of the menorah lights.
We see how a small group can by dedication and steadfastness overcome overwhelming opposition, against all odds.
We learn how a little can go a long way and how to make the most of what little we have.
Based on the lesson of Judah the Maccabee ordaining the careful use of the single cruse of uncontaminated olive oil, making it last eight days until a new batch was prepared.
The Menorah is lit and placed in a widow or doorway for a reason.
So that its light can shine outwards, from families to the community and the world at large, to friend and foe alike.
The absolute proof that light does drive out darkness. An eight day festival where goodness drives out prejudice and hatred and offers hope and compassion to the needy whoever and wherever they are.
In Australia, our Jewish friends are outstanding examples of living that belief. Your role and involvement from the very beginning of modern Australia has been both significant and positive.
We are pleased and honoured to join with you in re-dedicating our lives in the spirit of this festival.
And to wish all in the community a Happy Chanukah.
Chag Sameach.

ANTON BLOCK – President of the Executive Council of Australian Jewry
Chanukah is one of the most joyous festivals in the Jewish calendar, but its underlying story and message are deadly serious.
Not for the first time, or the last, in Jewish history, a tyrant sought to destroy the Jewish people by obliterating Judaism.
The tyrant was the Seleucid-Greek ruler Antiochus IV in the second century BCE, and he placed his faith in military might.
He forbade the practice of Judaism and introduced pagan rites into the Holy Temple.
The Jewish people placed their faith in God and, against all odds, prevailed.
Led by Judah Maccabee, the Jews defeated the armies of Antiochus.
Jerusalem was restored to Jewish sovereignty and the Holy Temple was purified and rededicated to the worship of G-d.
The small quantity of pure oil that remained to light the Temple’s menorah miraculously lasted for eight days, sufficient time for a new stock of pure oil to be prepared.
As we kindle the Chanukah candles in memory of these events, we will give thanks for all the blessings we enjoy as free and equal citizens of Australia, and renew our commitment to live by the light of freedom, dignity and all the values we have been bequeathed and for which previous generations of Jews struggled and sacrificed.

The eight days of Chanukah is a time to be appreciative of all that we have been given.
It’s also an occasion to give tzedakah to others, and to stand up for what is right and what is good.
That spirit of generosity is a pillar of the Jewish people in Victoria and across the world.
This year, I will be visiting Israel the week before Hanukkah and returning home to light the Chanukkiah in the Victorian Parliament.
I wish you a Chag Sameach and look forward to my annual ponchke.

MATTHEW GUY – Victorian Opposition Leader
I am delighted to send my best wishes to Victoria’s Jewish community, as it comes together to celebrate Chanukah, the Festival of Lights.Chanukah is one of the most important occasions for the Jewish community here, and throughout the world.
It represents the great joy and optimism in the Jewish community, and the importance of celebrating the bonds we share with family and friends.
As one of the major religions of the world, Judaism plays an important part in upholding values fundamental to our community, In Victoria, the Jewish community is characterised by its energy, its dedication to upholding the rich traditions and in sharing the rich Jewish heritage and faith with the broader Victorian community.
Victoria’s Jewish community has always been an enthusiastic part of Victoria’s multicultural landscape, and continues to make an outstanding contribution to our society, across many fields of endeavour.
On behalf of the Liberal Nationals Coalition, I would like to wish you all a very happy celebration, and all the best now and into the future.