Monash University has issued this animated video as part of their "Plagiarism, collusion and contract cheating".The...

THE removal of a visibly Orthodox Jewish character from an animated video about plagiarism, collusion and contract cheating on the Monash University website has been hailed as a “victory for people power” by the Anti-Defamation Commission (ADC).

Discussing different scenarios, the short cartoon’s first case study featured a bearded IT student wearing a kippah asking a fellow student if he could use her code, while a narrator asked, “What do you think about students sharing programming code and then submitting this as individual work? Is this collusion?”

The video prompted a storm of criticism when it was posted on Facebook by the ADC over the weekend.

Within a few hours, the Jewish student had been replaced by a new cartoon character who didn’t appear to belong to any particular religion or ethnicity.

Expressing his concern that the original video focused on “a religious Jew who is negatively portrayed as trying to cheat”, ADC chair Dvir Abramovich said, “While we are pleased that Monash University addressed our concerns quickly, it is troubling that this gratuitous depiction did not raise any red flags.” 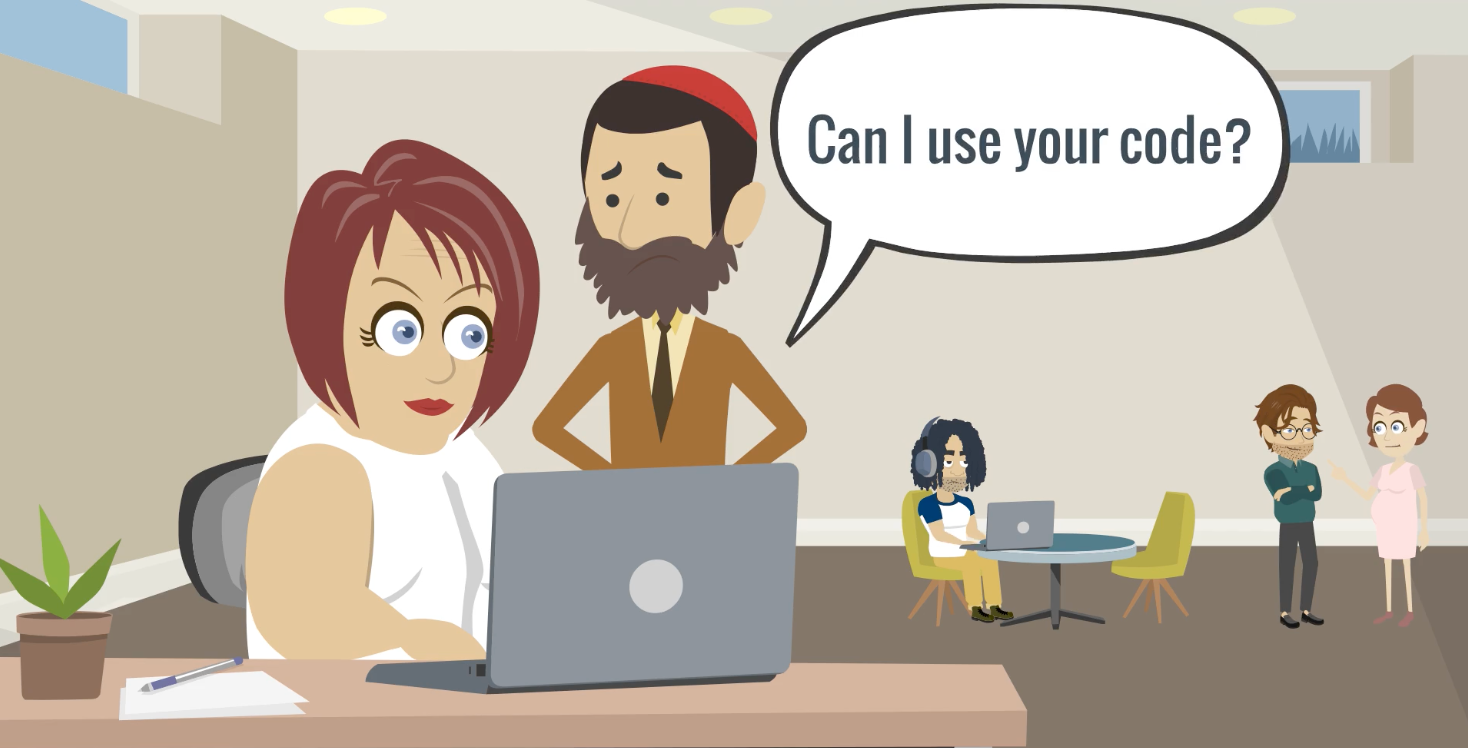 A screenshot from the original video.

Monash University was approached for comment but had not responded by press time.

In a statement on Thursday morning, a university spokesperson told The AJN the video included characters of “many races, religions and ethnicities to represent the diversity of the global Monash community”.

“This was an educational video to inform students about what behaviours could be construed as plagiarism and to demonstrate that it can be done unknowingly or unintentionally,” the spokesperson said.

“It was in no way meant to suggest that any of the behaviours captured in the video were aligned to a cultural, racial or any other group.”

They added, “Monash apologises to anyone who may have taken offence to any of the images included in the video, which has now been updated based on community feedback.”