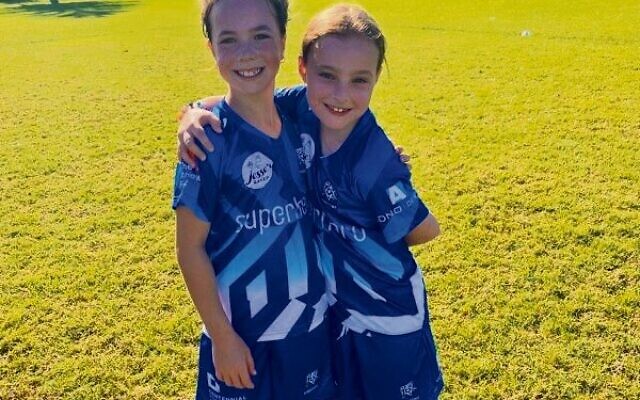 The start of the junior football season is always exciting for the youngest players.

And that’s especially been the case for seven-year-old Chelsea Joseph, who in only her second ever match, for the Maccabi-Hakoah U8 girls on April 24, scored nine goals in her team’s 13-3 win over Maroubra.

Chelsea is a natural at all kinds of sport, including athletics, swimming, gymnastics, Nippers, and very soon will start playing netball for Maccabi too.

She recently competed at the NSW regional athletics championships, winning gold in the U8 girls’ long jump.

And although football is new to her, it runs in the family.

Her parents, Adam and Bec, used to play football for Hakoah, and both represented Australia at the Maccabiah Games several times.

Bec also started playing football at the age of seven, and in 1999 with Mick Vasin, established the first Maccabi-Hakoah open women’s football team.

Looking forward to the rest of this season, Chelsea hopes to emulate her idol, Matildas striker Samantha Kerr, who also happens to play for her favourite club, Chelsea!