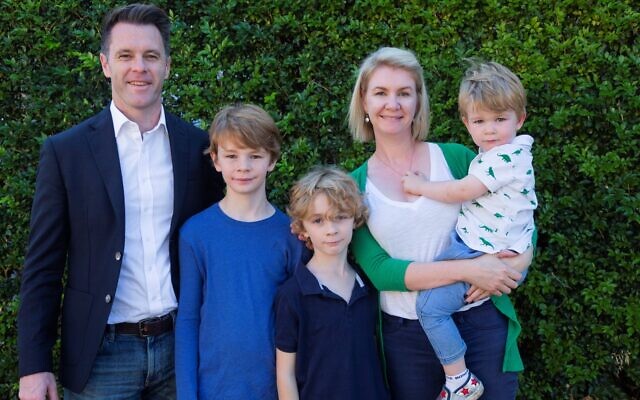 THE state’s new Opposition Leader is a “strong friend to the Jewish community”, has rejected the anti-Israel boycott movement in Parliament and has been “very supportive” of the synagogue in his electorate.

Chris Minns, 41, was elected leader of the Labor Party unopposed last Friday following the resignation of Jodi McKay and the withdrawal of former leader Michael Daley from the race.

NSW Jewish Board of Deputies president Lesli Berger said, “On behalf of the Jewish community, I congratulate Chris Minns on his election as leader.

“We welcome Mr Minns’ recent comments in Parliament strongly opposing BDS against the State of Israel, and his leadership to not support any such motions in the Labor Party.

“The Jewish community wishes Mr Minns well in his new role and looks forward to working with him in strengthening our harmonious multicultural society in NSW.”

As Member for Kogarah, Minns has visited Southern Sydney Synagogue on a number of occasions.

“Chris has been exceptionally supportive of our small community and I believe he has the best interests of his constituents and the state of NSW at heart.”

NSW Labor MLC Walt Secord, who backed Minns in his leadership bid, said he is “a long-term and strong friend to the Jewish community and Israel and an opponent of the BDS [boycott, divestment and sanctions] movement”.

“Chris Minns also has a strong relationship with his local shule – the Southern Sydney Synagogue at Allawah,” Secord, who is deputy chair of the NSW Parliamentary Friends of Israel and patron of the NSW Israel Labor Action Committee, said.

“In early May, he spoke in state Parliament about the Jewish community in his electorate and its departing spiritual leader, Rabbi Tzuri Avila.”

Minns and Secord both also spoke in Parliament against the BDS movement last month.

Minns visited Israel in 2003 and when asked about the trip, according to Secord, he replied, “I can’t wait to go back.”

Secord added, “Chris Minns is fresh and new. He is concerned about cost of living pressures on families, the spiralling costs of tolls and the deterioration of the standards in education in NSW. He has also been bipartisan on COVID.”

Meanwhile, on the other side of the political aisle, a cabinet reshuffle has seen Natalie Ward MLC – chair of the NSW Parliamentary Friends of Israel – named the new Minister for Multiculturalism.