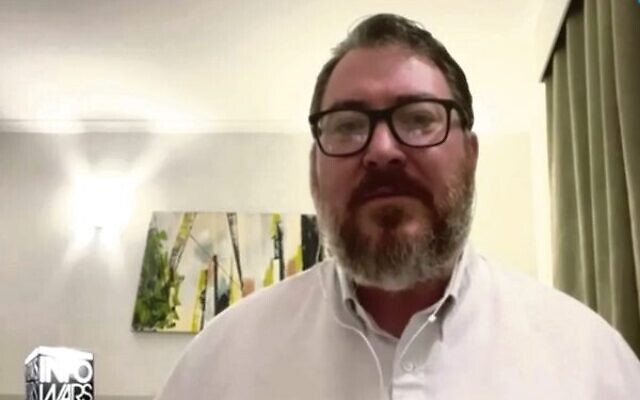 Appearing on American conspiracy theorist Alex Jones’ online show, the Member for Dawson laughed when the host equated Auschwitz with Australian quarantine facilities because they both had “big fences”.

During the interview, Christensen – who called for protests outside Australian embassies – also went along with a comparison Jones made between anti-vaccination protests in Australia and the events of Tiananmen Square in 1989 when unarmed demonstrators were fired on by the Chinese army.

Posted by The Australian Jewish News on Tuesday, December 7, 2021

Christensen, who is retiring at the next election, came under fire earlier this year for comparing state premiers’ handling of COVID measures to Adolf Hitler, Pol Pot, Mao Zedong and Joseph Stalin.

Reflecting on his participation in the show and the comparison made with Auschwitz, federal Labor MP Josh Burns tweeted on Tuesday morning, “Yet Scott Morrison will do nothing”. Labor frontbencher Tanya Plibersek added, “I think it is up to the Prime Minister to pull him into line.”

Late on Tuesday night, Morrison said he denounced the comments “in the strongest possible terms”.

“The Holocaust was an evil abomination,” he said. “Respect for the victims requires that it never be referenced in such a trivial and insensitive manner.”

Deputy Prime Minister and Nationals leader Barnaby Joyce concurred. “Any parallel of domestic policy with the abomination which was the Holocaust requires an immediate rebuke,” he said.