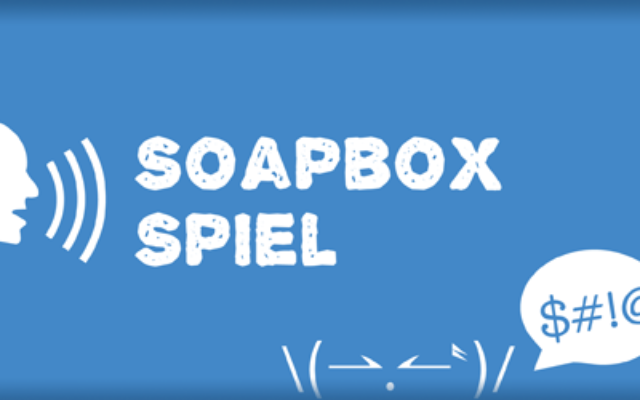 SOAPBOX SPIEL is a new column where people who work in the Arts — actors, directors, producers, writers, artists and musicians -– can vent their annoyance, anger and frustration about pet issues. Here AJN Arts Editor Danny Gocs kicks off the series:

It’s a special night out at the theatre, maybe a musical such as King Kong or Geoffrey Rush starring in The Importance of Being Earnest. Just before the curtain goes up, there’s the mandatory official announcement to turn off mobile phones, but that’s ignored.

Even once the show starts, people continue to use their mobile phones, lighting up the dark theatre like spot fires and creating an annoying distraction.

It seems that people -– and not just the younger generation — can’t survive without checking their mobile every five minutes to see if there is a new text or Facebook message.

Of course, if the mobile brigade are in the audience of a Barry Humphries or Adam Hills comedy show, they do so at their peril as these masters of improvised comedy will pounce, sharing these private messages with everyone in the theatre.

It’s worse at pop concerts, regardless of whether its Pink or Human Nature or Neil Diamond performing. People think its fine to hold up their phone — or iPad — and record a song or two. Apart from copyright issues, there’s no consideration for the people seated behind who have their view blocked by the upheld arm and the distraction from the phone’s lit-up screen.

Have these people a complete lack of consideration?

And it can be worse at the cinema. People think its fine to carry on a phone conversion while the movie is screening. Maybe they think they are at home in their loungeroom.

It’s not only the light and sound from mobiles that test your anger management. Some people enter the cinema stocked up with super-sized supplies of popcorn and sweets to last a marathon session.

Enjoying a snack through the advertisements and previews is fine, but do you have to keep listening to people crunching through popcorn or unwrapping noisy sweet wrappers for the first half-hour of the movie?

Snacks at the movies seems like big business and are here to stay. But for those annoying mobiles I hope a software designer can came up with a way to disable mobile phones once inside a theatre or cinema. Zap and there’s no signal. Better still, zap and the device won’t even switch on until you are outside the building.

Smokers have learnt to abstain from smoking in public places. Now is the time for mobile phone users to do the same.

Have your say on our Facebook page — the best comments will be considered for inclusion with the next column in the July 12 edition of the AJN.