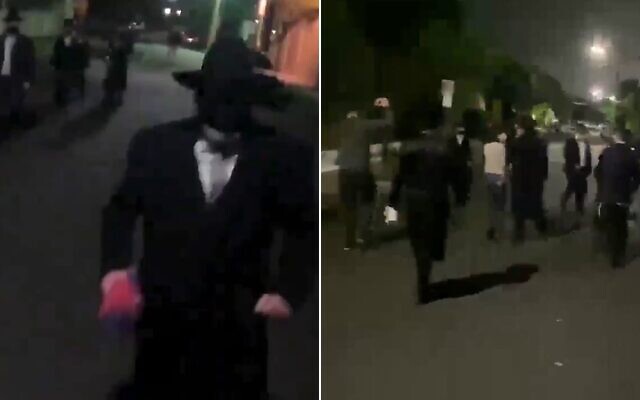 Screenshots from the video.

AN ugly confrontation between worshippers and a man recording them on video broke out after a Simchat Torah celebration in Ripponlea last Saturday night.

On the phone video, published on the website of radio 3AW, a worshipper from the Adass Israel Synagogue can be seen near the shule, pursuing the filmer and shouting at him. The man recording is heard saying, “These people are breaking corona rules and they’re trying to attack me.” As the worshipper physically lashes out and someone yells at the filmer, “You’re a disgrace”, he retorts, “You’re a disgrace. Stop trying to attack me.”

However, Adass spokesman Benjamin Koppel told The AJN this week the gatherings comply with Department of Health and Human Services (DHHS) regulations. In changes announced by the state government on September 27, hours before Kol Nidrei, outdoor services comprising five members and a leader are permitted, and multiple synagogues at a centre are allowed to hold concurrent services. (Two services, although physically separate, can halachically be counted as a minyan of 10.)

Koppel said the worship at Adass was planned with police, who were present during the event, and neighbours were contacted beforehand. He described the street clash as “most regrettable”. 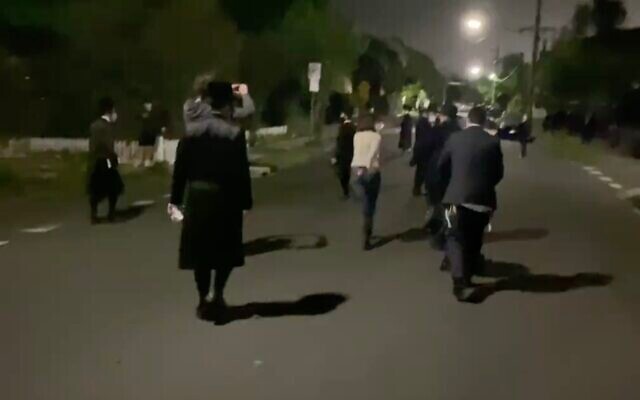 Lamm said Mizrachi worshippers wear masks, and observe distancing and the two-hour out-of-home limit. Synagogue areas are sanitised between sessions and there was no dancing on Simchat Torah. “Mizrachi was a model for many other shules to do the same thing.”

The RCV stated before the High Holy Days it was “holding regular discussions” with key government departments about religious needs during the pandemic but did not elaborate.