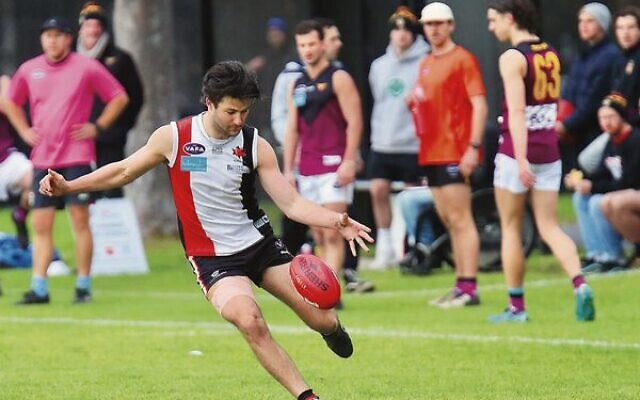 Jordan Cohen in action for the Jackas earlier this year. Photo: Peter Haskin

While a work trip to New York prevented 2022 AJAX Footy Club men’s firsts Best & Fairest Award winner Jordan Cohen from accepting his award in person at the recent presentation night, he was there in spirit, via a video message.

Cohen, who won by a 60-vote margin over equal runners-up Kane Nissenbaum and Adam Caplan – and also won the Supporters’ Award – described it as “such a privilege, and a massive honour”, having played for AJAX since childhood.

He paid credit to departing head coach Adam Andrews, and his team’s assistant coaches – particularly “Cookie” (Antony Klooger), who first coached him in his junior years, and “is an inspiration to us all”.

“The culture at this club is at an all-time high, the women’s team is perennially making finals, the guys’ [firsts] team is going from strength to strength, so we’re on the right trajectory,” Cohen said.

“To the committee, the fans, the physios, and every single person that makes this an amazing club, thank you so much – it wouldn’t be possible without your support.” 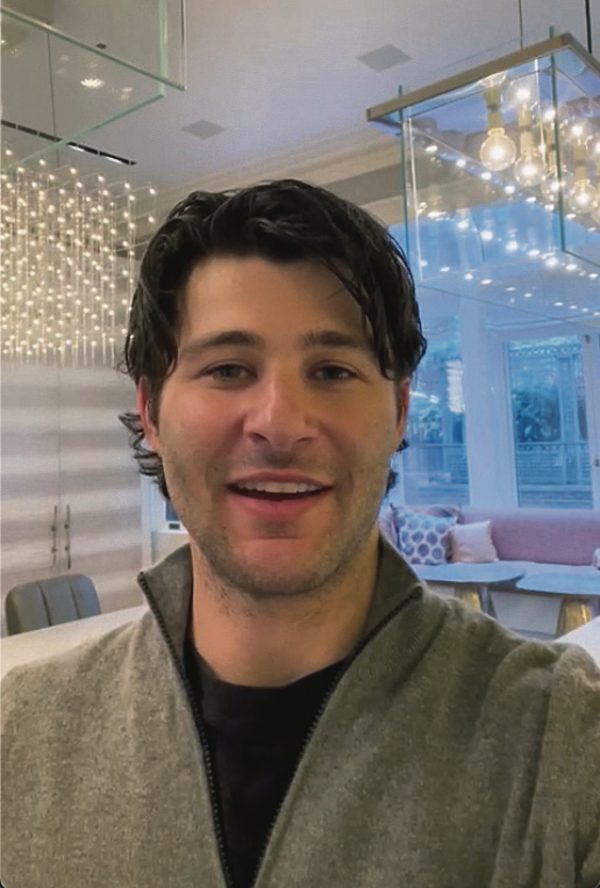 The name Cohen is synonymous with the club’s history, spirit, and success, as Jordan’s late grandfather, Daryl Cohen, is considered the founding father of AJAX Footy Club, who went on to play 100 games, serve as president, and become AJAX Coach of the Century.

Daryl’s brother, Trevor, accepted the awards in Jordan’s absence, and said, “If Daryl was still alive, he would have been so very proud of Jordan.”