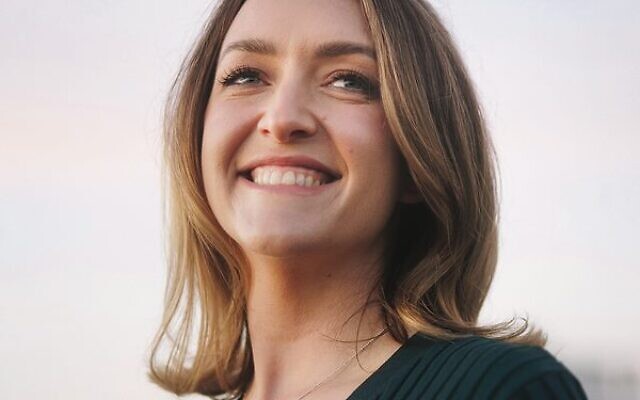 Greens Macnamara candidate Steph Hodgins-May said Liberal and Labor are going to pay for their climate policies “at the ballot box”.

Mother to a toddler, Hodgins-May said the needs of young people are at the forefront of her campaign, with the Greens bringing the only science-backed emissions target to the election.

“I’m so proud but also sad that we’ve got so many young people involved in our campaign because they’re desperate to see leadership at a national level, we’ve seen a complete void in climate policy leadership from both major parties”, she told The AJN.

Passionate about climate justice, Hodgins-May said the major parties “both continue to receive millions of dollars in fossil fuel subsidies from the big polluters”.

“As long as they’re accepting those donations, they will not represent us, they will represent vested interests, and the interests of those fossil fuel lobbyists,” she said.

On Israel, Hodgins-May said “we do believe that people have the right to self determination, including the Jewish people in Israel”.

“And we believe that should include full equality before the law for every citizen of that jurisdiction, irrespective of their ethnic origin, their religion, their belief or their race or gender,” she said, adding, “We’re on the record supporting that two-state solution.”

The third-time candidate shared that the Greens believe there needs to be a national anti-racism strategy that “tackles racism and hatred at its core”.

In regard to the IHRA working definition of antisemitism, Hodgins-May said the Greens “share the concerns of Israeli and Jewish organisations that have warned against the consequences of codifying the definition, including the New Israel Fund, the Australian Jewish Democratic Society (AJDS) and the Progressive Israel Network”.

“We agree with Harold Zwier of AJDS that the energy that has gone into formulating competing definitions ‘would be better directed to actually fighting antisemitism and racism’,” she added.

Elaborating, Hodgins-May said that rather than adopting definitions, “We must work with the community across all levels of government to develop a robust and workable national anti-racism strategy.”