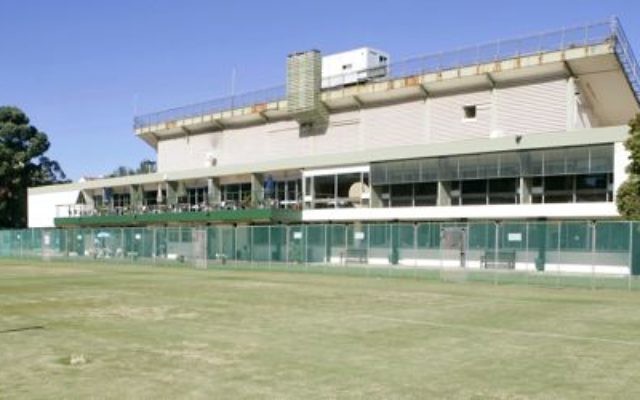 THE Hakoah Club has delayed plans to reveal a 3D model of its new home at White City while it negotiates with the Double Bay Bowling Club.

The Jewish sporting and social club is hoping to amalgamate with the Eastern Suburbs bowls club, but negotiations have been slow.

“Hakoah had been working towards a deadline of the end of June 2011 to reveal the preliminary plans,” a Hakoah spokeswoman told The AJN. “However, early in June, Double Bay Bowling Club requested a major variation to its wish list by way of inclusion of an indoor bowling facility.”

The spokeswoman said that although neither Hakoah nor Double Bay Bowling Club members had voted on an amalgamation, Hakoah was of the understanding that the bowls club members would support the merger.

She described the amalgamation discussions as “most fruitful”, but bowls club chairman John Rosen said his members would not make a decision until all the necessary information was available.

“We are just waiting now to see what the architects come up with and then, when we have the financial plans and the plans from the architect, we will allow our members to vote on the proposal,” Rosen said.

Architects began working on plans for the 22,000-square-metre site in late March and the model was expected to be shown to members last month to mark the first anniversary of the purchase of the property.

The site, which was bought for $13.5 million on June 21 last year, is expected to include a swimming complex, bowling greens, a multi-purpose gym, function rooms, a restaurant and tennis courts.

Hakoah president Phil Filler said the process has been time consuming, but the board had appointed numerous professional consultants, including architects, consulting engineers, town planners, quantity surveyors, traffic consultants and environmental consultants to ensure the best possible outcome for the club.

“The board is confident that members will understand that the time involved to date has been both necessary and fruitful,” Filler said.

“This process is now nearing completion and the presentation for members will take place in the near future.”