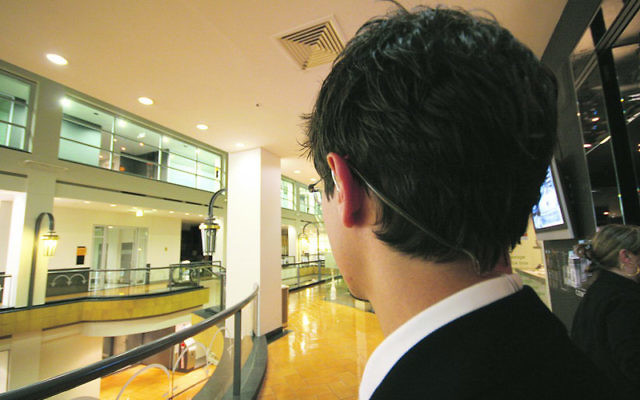 There were 343 antisemitic incidents reported to CSG in 2018.

COMMUNAL leaders have welcomed a $40 million Safer Communities Fund that will be established by the Liberal Party if it wins the upcoming Federal Election.

Minister for Justice Michael Keenan told The AJN this week the money would, in all likelihood, be used for the same purposes as the Coalition’s Schools Security Program, which funded security guards, CCTV and lighting.

“The funding shows the government’s commitment to working with schools to ensure that you, your families and your teachers feel safe at school and in your community,” Keenan said.

“The highest priority of all Australian governments is to keep Australia safe and together; we reject those who seek to impose their world view on others by violence and intimidation.”

Executive Council of Australian Jewry (ECAJ) president Robert Goot said that government ministers have indicated that half of the money, $20 million, would go to stream two of the fund and be available to the community.

“These will include schools (which may already be covered under the Secure Schools program) and significantly, for the first time, other community institutions such as places of worship, museums and community centres,” Goot told The AJN.

“This is a very important step forward, and one which we have been advocating to the government for some time in direct discussions and written submissions. We commend the government wholeheartedly for broadening the group of communal institutions which are eligible for security funding.”

The money will be allocated through a competitive grant process, which means that all communal organisations submit an application for money and each application is assessed on its merits.

Goot said that as a result, it is too early to judge the overall amount of government security funding that will be available to Jewish community institutions.

“It will depend on the overall number of applications the government ultimately receives and how they will be assessed and prioritised,” he said.