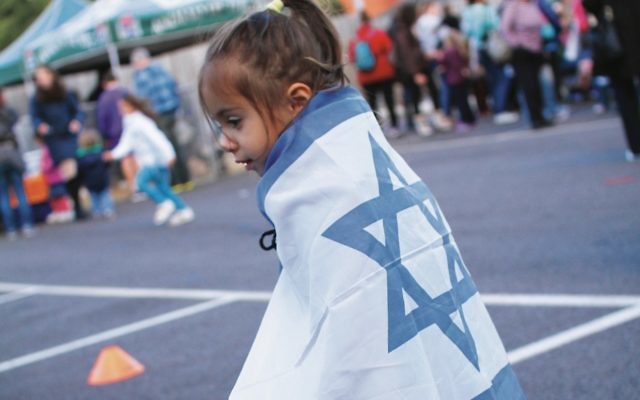 MEMBERS of the community young and old will have the opportunity to commemorate Yom Hazikaron and celebrate Yom Ha’atzmaut through a variety of different events as world Jewry marks Israel’s 68th anniversary of independence.

Zionism Victoria, in partnership with the United Israel Appeal, has unveiled a schedule of events including a Blue & White Night, which will take place instead of the traditional Yom Ha’atzmaut concert.

On Wednesday, May 11, Blue & White Night will offer adults a new celebratory experience with music, dancing, a cocktail bar and Israel-inspired street food.

On the night, Beth Weizmann Community Centre will be converted into a blue and white wonderland with two event spaces.

Moreover, Israel Shabbat is another new initiative aimed at expanding the community’s celebration of Yom Ha’atzmaut.

On the Shabbat of May 13-14, participating synagogues will offer their congregants a range of special Israel-related programming which may include Israeli-themed meals, guest speakers and activities.

“We are aware that a dance party is not for everybody and that the Family Festival is for a particular audience. We wanted to extend the reach and observance of Yom Ha’atzmaut as widely as possible,” said Hambur.

“Bringing the celebration to Melbourne’s shul communities seemed like a great way to make that happen.”

The Yom Hazikaron Commemoration will take place on Tuesday May 10, with a focus this year on the 60th anniversary of the 1956 Sinai Campaign, and 10 years since the Second Lebanon War.

Other communal events will include a transition ceremony for primary school children marking the transition between Yom Hazikaron and Yom Ha’atzmaut, and a young adult “Israel Birthday Bash”.

“I believe this year’s calendar of events offers everyone a way to commemorate and celebrate,” Hambur enthused.

For more details about these events, contact the Zionism Victoria office at admin@zionismvictoria.org or call (03) 9272 5544.