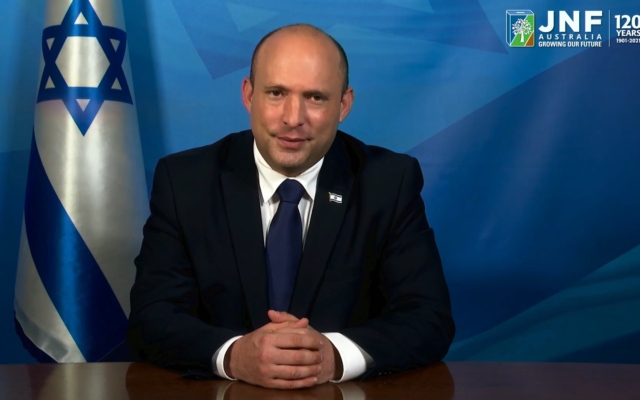 “JNF Australia sets its sights on what Israel needs and where it needs it, and we here in Israel know so very well how much you’re committed to the Zionist dream,” said Bennett.

The JNF Australia online event was opened by Israel’s President Isaac “Bougie” Herzog, reflecting that JNF, over 120 years, has played an essential role in developing Israel.

“Nowhere is this more true than in the Negev, demonstrated by the growing partnership shared by JNF Australia and the Ramat Negev regional council. The support of JNF Australia for the development of the Negev is of extreme strategic importance to the future of our national homeland.”

He said families establishing Negev communities such as Ramat Herzl in Israel’s south “are the Zionist pioneers of today”. 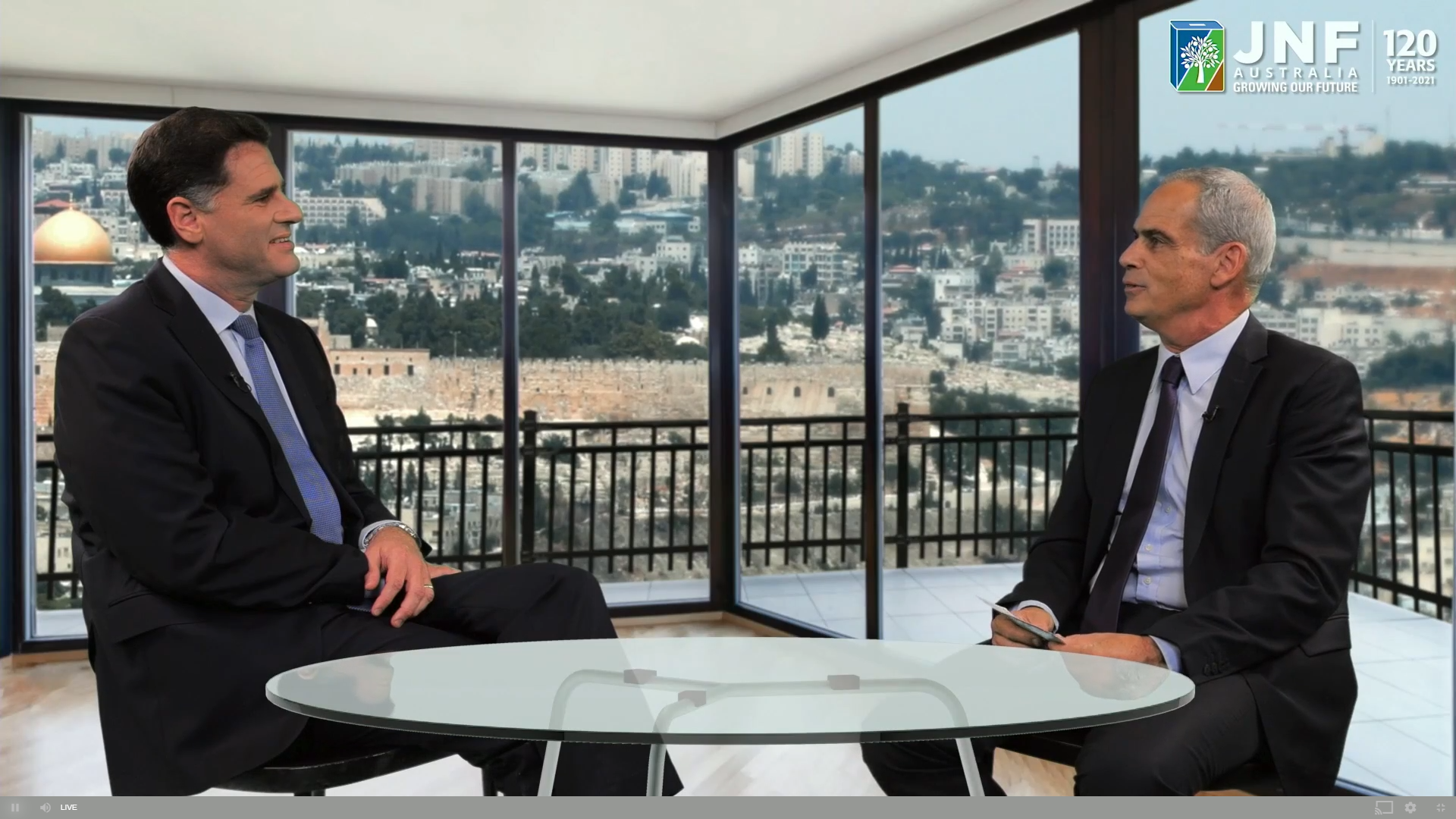 Interviewed by former diplomatic colleague Jonathan Peled, who was Israel’s interim envoy in Australia, keynote speaker Ron Dermer, Israel’s former ambassador to the US, spoke about his behind-the-scenes work as the Abraham Accords emerged.

He said the threat of Iran has to be countered through sanctions, a credible military counter-threat if Iran nears a breakout point to a nuclear weapon, and boosting the morale of the Iranian people.

“Australia’s moral voice is important”, he said, in helping nations “to see the Iranian people as their partners and the regime as their – not just adversary, but – enemy”.

“A country like Australia, which is not the leading power in the world but has important power in international relations and an important voice – to reach out to the dissidents in Iran, host them, speak to them, do what Natan Sharansky called for, highlight their struggle,” he urged.

Israeli entertainer and activist Noa Tishby spoke from Los Angeles about the challenges she encountered in stating Israel’s case to actors and friends in Hollywood, culminating in her book, Israel: a Simple Guide to the Most Misunderstood Country on Earth, which was launched this year.

“I saw that there’s a shift in public opinion about Israel that is becoming very, very dangerous,” she told the gala.

Providing some mirth, rubber-faced US actor and comedian Elon Gold mimicked an Aussie friend urging him to visit Bondi Beach, an Israeli taxi driver and Donald Trump. And, in mock exhaustion, he declared, “The worst thing about being a standup comedian is the standing.”