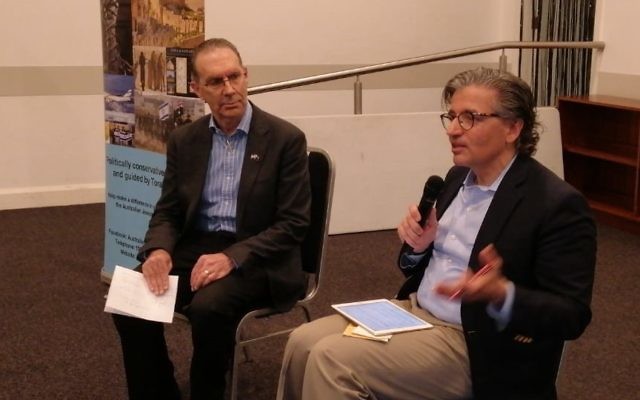 IN the wake of the massacre in Christchurch this month, the NSW Jewish Board of Deputies (JBOD) called for a talk by US Islamic reformist Dr Zuhdi Jasser at Maroubra Synagogue to be cancelled.

The event, “Islam, Antisemitism and Israel”, was hosted by the Australian Jewish Association (AJA) four days after the tragedy.

“The Maroubra Synagogue event was badged ‘Islam, Antisemitism and Israel’, making it clear the speaker would discuss antisemitism and radicalism within Islam,” JBOD president Lesli Berger told The AJN.

“Our concern was about one issue – timing. The topic was legitimate, but holding a public meeting on such a fraught subject four days after the atrocity in Christchurch was incredibly insensitive, as well as incredibly unwise.

“We contacted the synagogue president and rabbi, who were hosting the discussion, to stress that the timing was unfortunate and the event should be deferred.”

Maroubra Synagogue, however, decided to allow the event to take place. “After careful consideration we were comfortable to go ahead with it,” shule president Evan Koseff said.

“The talk by Dr Jasser was well received by our community, he is an articulate and interesting speaker.”

“Dr Jasser is a respected advocate for democratic values and is a rare leader in the Islamic world. He is a courageous reformer yet a devout Muslim,” Adler said.

“He disavows Islamist violence and antisemitism and recognises Israel as the homeland of the Jewish people. He promotes peaceful interpretations of the Quranic texts.”

Adler said JBOD’s conduct in trying to close down the event was “cowardly”, “hypocritical”, and “inconsistent with traditional Jewish values which encourage respectful discussion and debate”.