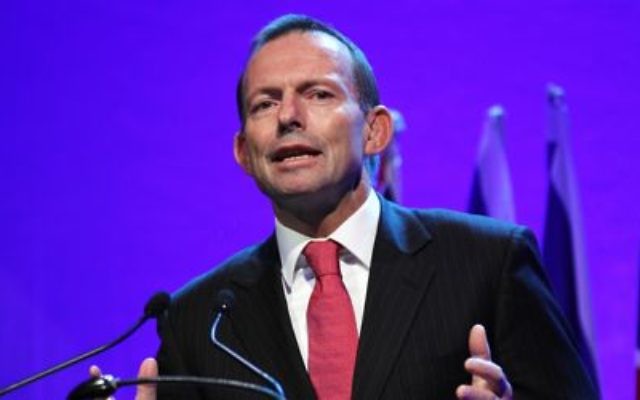 OPPOSITION Leader Tony Abbott has pledged that the Jewish community will receive a “significant” allocation of the $50 million the Coalition plans to hand out over four years under its proposed Safer Streets, Safer Suburbs plan if it is elected.

Under the current government, the community has received several rounds of funding under the Secure Schools Program to beef up security at Jewish day schools. The Coalition plan will allow security upgrades to be extended to other facilities, including community centres and synagogues.

In a letter to the Executive Council of Australian Jewry (ECAJ) received at the end of May, Abbott said the Liberal and National parties “are acutely aware of the particular risks of violence and other criminal acts faced by your community”.

“The Coalition is sympathetic to your request for further assistance to enhance security at Jewish community schools, synagogues and other facilities. Last year, I announced a ‘Safer Streets, Safer Suburbs’ plan that could be used to assist the Jewish community in this regard,” he said.

“We are very appreciative of what government has already done to help us to meet the security costs for Jewish communal buildings and facilities and communal security in general, through the Secure Schools funding program and tax deductibility for donations for communal security,” he said.

“But even with the benefit of that assistance, we are unable to bear the burden of securing our communal institutions on our own. The prospect of further government funding assistance for this vital work is therefore very necessary and most welcome.”

The ECAJ wrote to Abbott in April outlining the security challenges faced by the community, the government’s contribution so far, and what was needed going forward to fund capital and ongoing operational costs Australia-wide.