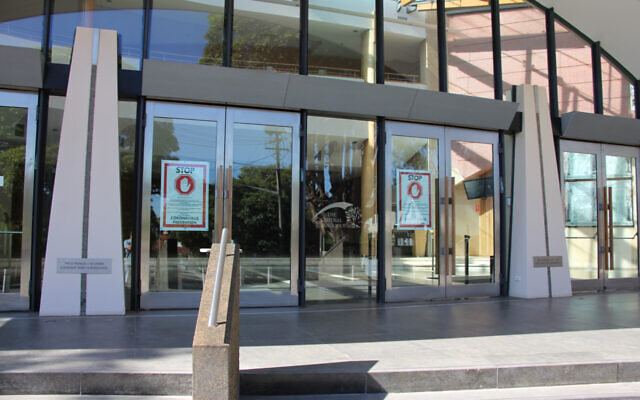 Signs on the doors of Sydney's Central Synagogue on Wednesday morning.

TWO of Sydney’s Jewish schools have officially shut their doors as synagogues around Australia suspend services in the wake of the COVID-19 outbreak.

Moriah College announced on Wednesday afternoon that face-to-face educational services from its early learning centre to year 11 will be suspended from Thursday afternoon – moving to the school’s B’yachad online learning programs from Friday. Due to HSC assessments, year 12 students will attend school on Friday and commence online learning from Monday.

Moriah principal Rabbi Yehoshua Smukler and president Stephen Jankelowitz said it was “with a heavy heart” that the school board “made one of the most difficult decisions we have had to face”.

“Through this decision we hope to mitigate the spread of the virus throughout our broader school community, and to significantly ‘flatten the curve’,” they said.

“We would rather take these pre-emptive actions than be forced to react to an emergency situation or God forbid to a tragedy that could have been avoided.”

Moriah said it will be offering limited care and supervision arrangements until the conclusion of term 1 “for families who are providing essential services and others who are in need of the support”.

Kesser Torah College (KTC) was the first school to announce its closure, effective at the end of the school day on Wednesday, with its early learning centre to follow suit on Friday. Delivery of lessons via online platforms will commence next Tuesday and continue until the end of term 1 on Friday, April 3.

“I am sure that with goodwill, patience and the desire to learn and teach, we will all find our way through the next few weeks,” KTC principal Roy Steinman said.

Both KTC and Moriah said they will update parents on whether term 2 will commence as planned after the school holidays.

The Sydney Beth Din (SBD) issued advice on Tuesday night that all minyanim be suspended “until further notice”. 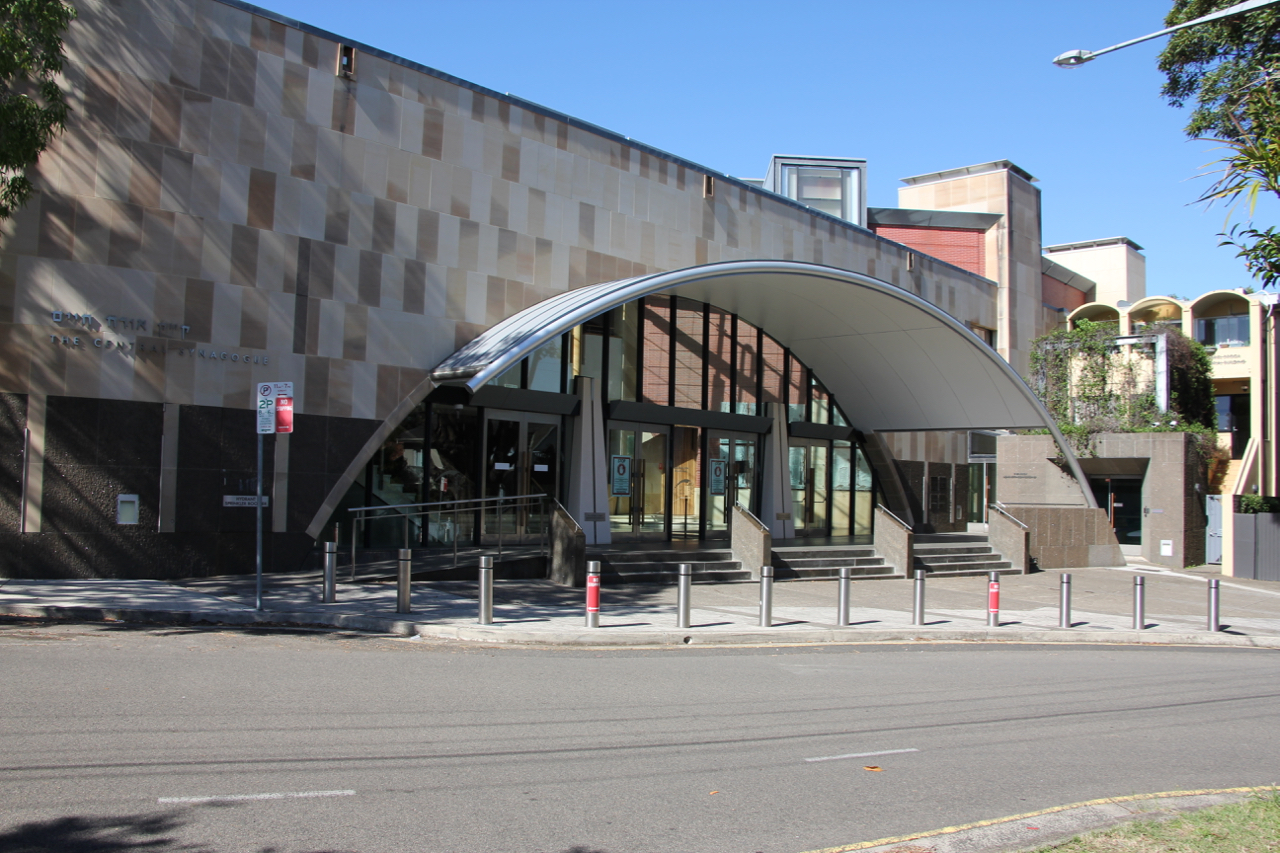 “We believe there is a halachic imperative to act now. If we are proven wrong, we will thank the Almighty,” the SBD said, warning that if action is not taken, “the grave responsibility will be ours collectively”.

Following the SBD’s lead, the Rabbinical Council of Australia and New Zealand (RCANZ) urged all synagogues to close operations for the foreseeable future.

The Central Synagogue announced it was closing its doors “for the foreseeable future” on Tuesday afternoon, pre-empting the SBD and RCANZ advice.

“This action today, taken because of this global pandemic, has never occurred in the history of our spiritual home,” Rabbi Levi Wolff posted on Facebook, adding that the health and welfare of congregants matters to the shule in ways that are “hard to articulate”.

Emanuel Synagogue will also close, with services to be live-streamed, despite there not being a directive from the Union for Progressive Judaism – which has left the decision up to individual congregations – to do so.

In Melbourne, the Rabbinical Council of Victoria stated each synagogue “will be making their own decisions” on closure, but should adhere to government regulations and social distancing. 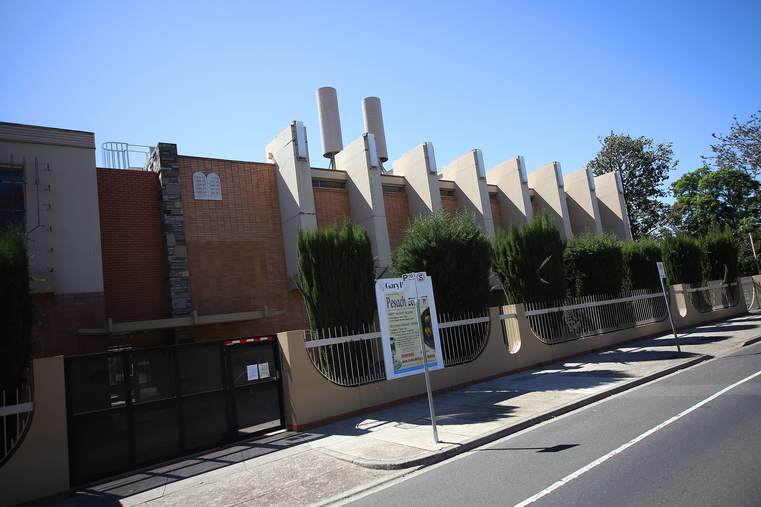 Ahead of the RCANZ ­announcement, in a notice attached to Caulfield Hebrew Congregation’s locked front gate on Tuesday, its board stated all shule services, minyans and programs are suspended, as “never before in the history” of the shule.

Also confirming they would be closed were South Caulfield Shule, Blake Street and Beit Aharon.

At press time, St Kilda Shule was expected to close, while Mizrachi was in discussions over whether or not to close as of press time. Adass was considering closure and has advised people over 60 not to feel obligated to attend. Elwood Shule has advised congregants it will close ahead of this Shabbat. Ohel Devora has closed.

The Yeshivah Centre’s shules remain closed since last week’s shutdown of Yeshivah and Beth Rivkah Colleges due to exposure to COVID-19, with a student and teacher contracting the virus.

The board of Temple Beth Israel (TBI) announced services would be live streamed with no physical attendance. However, TBI will continue bar and bat mitzvahs with only close family and friends attending. Melbourne’s Kedem announced it would be closed this Shabbat, while Leo Baeck Centre would remain open, with seating modified for social distancing. Etz Chayim was monitoring events.

Kehilat Nitzan president Rhona Rosenberg said the Melbourne Masorti shule will continue religious services for the time being, although some social and educational activities have been postponed. Rabbi Yonatan Sadoff said he is available on his mobile for counselling.