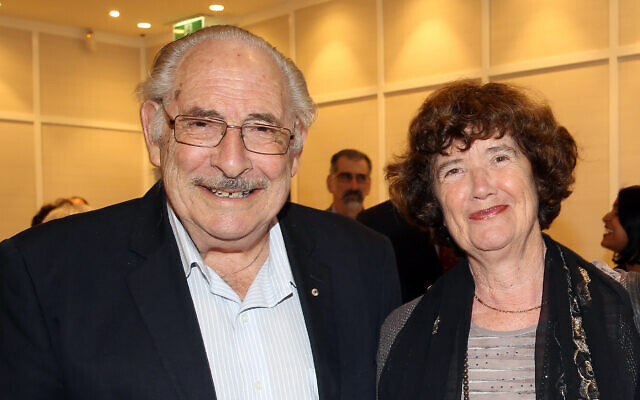 De Vahl Davis started his communal career as the president of the Sydney University Jewish Students’ Union in 1951.

In March 1987, De Vahl Davis famously confronted Soviet foreign minister Eduard Shevardnadze at Fairbairn airforce base in Canberra and asked him about the fate of the Soviet Jews.

“He (Shevardnadze) did not expect the NSW Jewish Board of Deputies president to be in the official welcome party, nor did anyone else,” Sam Lipski and Suzanne Rutland recently wrote in Let My People Go.

“Flashing his drivers license at the Royal Australian Air Force guards and federal police, De Vahl Davis had evaded security and joined the line of dignitaries.

“When it was his turn to greet Shevardnadze, he asked why there were Jews imprisoned in the Soviet Union. The Foreign Minister was taken aback, and the news media had a field day.”

JBOD president Lesli Berger said he was a stalwart of the organisation and the community.

“He came to national prominence when he confronted Soviet Foreign Minister Eduard Shevardnadze about the plight of Soviet Jewry, and that episode was typical of his forthright yet principled approach to leadership,” Berger said.

“He made an invaluable lifelong contribution to enriching and strengthening our community and he will be deeply missed.

“We extend our condolences to Bettina Cass and all the members of his family.”

De Vahl Davis was later made a Member of the Order of Australia (AM) by the Commonwealth in recognition of his service to the Jewish community in 1989.

In 2001 he was presented with Australia’s Centenary Medal for service to Australian society in engineering and education and in 2013 he received the Hal Goldstein Lifetime Achievement Award from JCA for his 60 years of service to the community.

His funeral will take place at Macquarie Park on Friday at 10am, and a minyan will be held at the Emanuel Synagogue’s new sanctuary at 5.30pm on Friday.