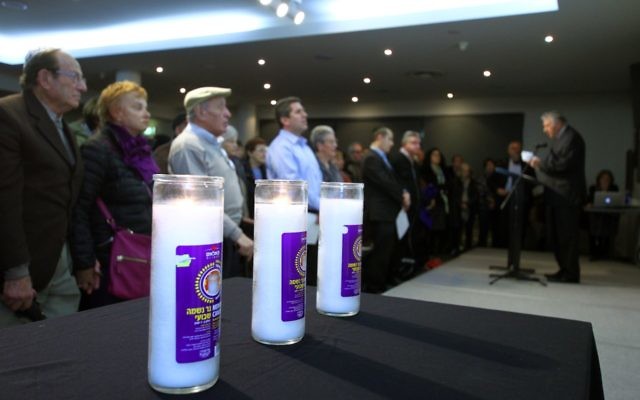 HUNDREDS of mourners were expected to flock to a memorial service for murdered Israeli teenagers Gilad Shaar, Naftali Frenkel and Eyal Yifrach at Moriah College on Wednesday night, while around 50 Bnei Akiva chanichim attended a service at Bondi Mizrachi Synagogue on Tuesday night.

Planned for the Moriah College event were stations where well-wishers could deposit letters for the boys’ families, give tzedakah and light candles in their memory.

In a joint statement, Zionist Federation of Australia president Danny Lamm and Moriah College dean of Jewish Life and Learning Rabbi Benji Levy said the three “beautiful boys, epitomised the hope of our people and reunified us as a people of hope”.

“It has been 18 days since Eyal, Naftali and Gilad were murdered by Hamas terrorists for no reason other than their existence,” he said.

“18 days since we as a community came together with hundreds of thousands around the world in solidarity, praying for a positive outcome. 18 has the gematria [hebrew numerical value] of chai [life]. They have achieved in their death what few ever achieve in a lifetime and it is our duty to carry this message forward.”

“There were a lot of tears. People were feeling the pain obviously,” he said.

“We had a madricha [shlicha Eidit Wolf] who knew one of the boys personally, so she spoke, which was quite moving especially for a lot of chanichim.”

In Melbourne, hundreds gathered for a memorial service at the Beth Weizmann Community Centre on Tuesday night.

An emotional Sam Tatarka began the ceremony, recalling an email he received that commiserated about the brutal deaths of “our boys”.

“It stopped me in my tracks … These are our boys,” exclaimed the Zionist Council of Victoria president, his voice breaking, “and they are not coming home.”

Tatarka called on the capacity gathering to rise for a minute’s silence, but many were already on their feet – latecomers found it was standing room only.

Zionist Federation of Australia president Danny Lamm spoke of the community’s “deep sadness and profound outrage” at the news that the bodies of the three abducted teens had been found in a field near Hebron, the handiwork of “people who believe in death, as opposed to our culture that believes in life”.

Candles were lit at a memorial service for the three murdered teenagers in Melbourne on Tuesday.