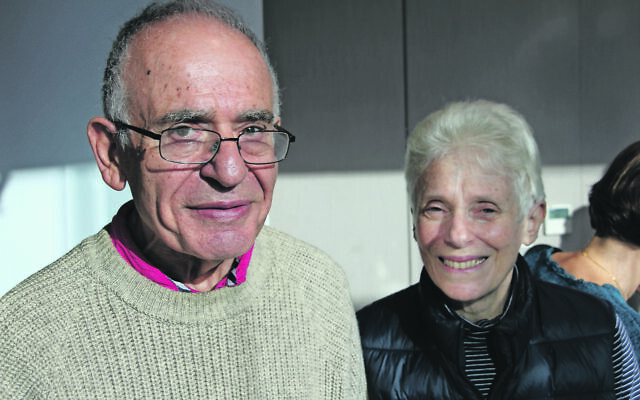 THE community is mourning the death of Rabbi Brian Fox, who passed away on Wednesday morning aged 76.

After serving at the Leo Baeck Centre in Melbourne and helping to found the King David School with Rabbi John Levi, London-born, New Zealand-raised Rabbi Fox joined Sydney’s Emanuel Synagogue in 1979 where he served as senior rabbi for 20 years.

Emanuel Synagogue’s Rabbi Jeffrey Kamins said Rabbi Fox was instrumental in the congregation’s growth and development “with his incredible vision and dynamism”.

He called the founding of Emanuel School Rabbi Fox’s “greatest gift to the community and generations to come”.

“We send our condolences to Brian’s wife Dina (Dale), their children Ben, Mim, Shira and Mishi, and their families,” he said.

Son Ben Fox told The AJN that his passing was an “incredible loss” for the family.

“He was so loving and caring. He was really our champion and would stand up for us at every possible moment,” he said.

“He was a wonderful role model with very strong values and ethics and a very strong supporter of Israel. He cared a lot about the entire Jewish community … he didn’t care about differences and denominations.”

Federal MP Julian Leeser, who learned his bar mitzvah portion under Rabbi Fox and the late Cantor Michael Deutsch, said he was “a transformative, charismatic and inspirational leader and role model”.

“He was the sort of person who didn’t take no for an answer. He could also be gentle and pastoral – when my father died he was a great support to our family,” he said.

“To Dale and the Fox family, long life and may his memory be a blessing.”

“He was one of those people who really saw the larger picture and what was needed for the future,” he said.

“He was charismatic and much loved, and our community is significantly the poorer for his loss,” he said.

Expressing gratitude for his role in forming the school, Emanuel School principal Andrew Watt said Rabbi Fox was highly respected and much-loved in the school community.

“We are very saddened. He’s been a very important part of the school, attending all our key functions over many years,” he said.

“Our best wishes and condolences to Dina and his children.”

“Everyone who knew him felt his kindness and charisma,” the UPJ said.

“As a colleague, he was wise and trusted, loving and kind, admired and witty.  He was always eager to share words of praise, encouragement, and advice.  He will be greatly missed by all of us.”

The funeral will be at Emanuel Synagogue this Friday, January 10 at 10am. Minyanim will be held at the shule at 5pm on Friday and 6pm on Sunday.