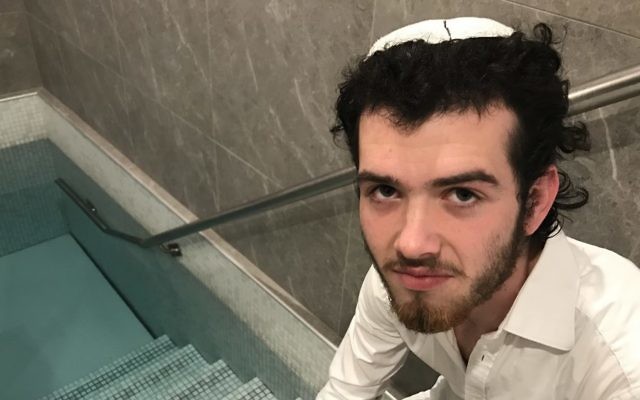 Ike Curtis has converted to Judaism through the Melbourne Beth Din.

ABC TV’s Compass will present ‘Ike’s Conversion’ this week, telling the story of 21-year-old Melbournian Ike Curtis, and his journey to Orthodox Judaism through the Melbourne Beth Din.

While Curtis’s paternal grandfather was Jewish, he was the only non-Jew to attend The King David School. It wasn’t until he laid tefillin on a school trip to Jerusalem that he knew he must do what was needed to become an Orthodox Jew.

“It was like something that had always been there was unearthed or I kind of brushed the surface and suddenly something had appeared,” said Curtis.

Describing Curtis as “an incredibly inspiring young man”, Rabbi Rabin told The AJN about Ike’s unwavering dedication and commitment on his path to Judaism.

“Ike’s passion to become Jewish inspired me personally. To be a part of his journey was a privilege, allowing me to further appreciate my own connection to my Jewish heritage.”

Rabbi Rabin added: “Ike will be an amazing asset to the Jewish community – both here in Melbourne and worldwide.”

‘Ike’s Conversion’ screens on Compass on Saturday, July 15 at 6pm on ABC TV and ABC iview.