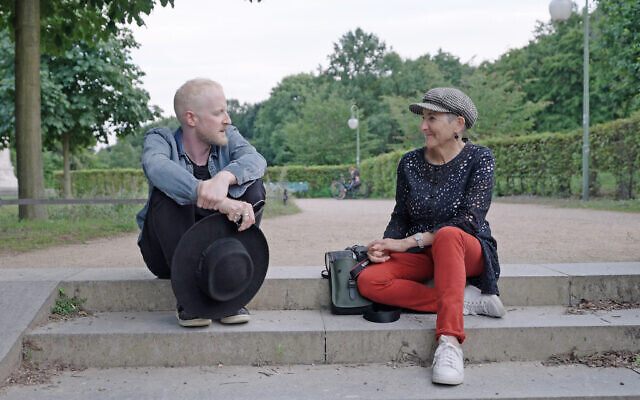 Richard Dreyfus didn’t really talk much about his childhood. He and his brother, George, escaped Nazi Germany on the 1939 Kindertransport to begin their new lives in Australia. Six months later, they were fortunate enough to have their parents join them. By the time Richard arrived in Sydney, he had found a sense of belonging.

While he brought his children up in a Jewish home surrounded by culture, tradition and Yiddishkeit, still, he stayed silent about his childhood.

For the past few years, his daughter, artist Ella Dreyfus has been trying to put the pieces of the puzzle together. Fortunately, her uncle George, while elderly, could help. Because as Dreyfus acknowledges, “when he dies, the final door will close on our family’s history”.

“We had no context for our background,” Dreyfus explained when discussing her childhood. “We had history lessons at school and saw Hollywood films, but we never had any family history. For me, it always left a sense of ‘there’s this dark blackness that we’re not allowed to know or talk about’.”

While Dreyfus respected this, it left a lot of questions unanswered.

With her new film Dreyfus Drei, Dreyfus tells the story of two little boys who escaped and shows how intergenerational trauma can affect family members for generations to come.

Throughout her life, Dreyfus said she has had a constant push-pull curiosity when it came to Germans and Germany.

“There’s a lot of quiet terror in Germany for me, there’s this underbelly,” she said.

Dreyfus Drei, which was commissioned by the Jewish Life in Germany Festival, is the artist’s way of reclaiming her father and uncle’s childhood. But it’s also about how families handle trauma, contrasting her conflicted feelings about Germany against those of her uncle George and cousin Jonathan, both of whom embraced the country and its culture. 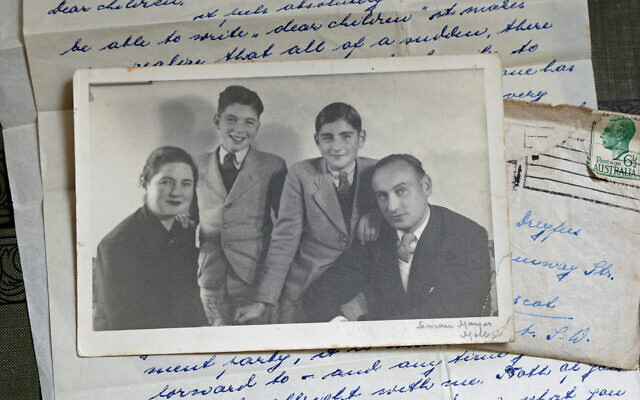 The Dreyfus Family in Melbourne c.1940

The film was shot in Sydney, Melbourne and Germany and it follows Dreyfus as she affixes colourful felt lettering on places of importance – cemeteries, children’s playgounds, homes.

“I made contemporary art memorials,” she explained, referring also to the Stolpersteine (stumbling stones) which are now the largest decentralised monument to the Holocaust, individualising and humanising the Jewish people who were murdered.

Dreyfus took inspiration from this. And while she wasn’t declaring the name of people exactly where they lived, she was operating in a quiet surreptitious way.

“My coloured bright letters, which are childlike, allude to my uncle and my dad’s lost childhood,” Dreyfus explained. “They were ephemeral. I’d go, put the letters up, photograph them, leave them for a while and then take them down.” While this was one part of the project, the other part was influenced by George’s age, with Dreyfus acknowledging that her uncle was the last remaining source. While usually working in photography or installation, Dreyfus realised she needed to get the story on film.

“I needed to record George. And I wanted to return to Germany to finish my installations,” she said. “I wanted the opportunity to take even more courage and more risks and go into the houses. Not just the outside, I wanted to go in, which I did, into three homes now.”

While she’s not sure her father would have coped watching the film, Dreyfus believes he would support the project.

“We find out what happened to two little boys and how they survived, and how their family thrived.”