Sydney-based comedian Jess Fuchs started her career in New York. She has gone on TikTok-record to talk about being scouted in Union Square for a Vogue fashion shoot with Fleabag actor Phoebe Waller-Bridge. She has also shared her hilarious laser hair removal experiences, worst roommate experiences and how she crashed her sister’s honeymoon. She has even roasted her mum on her TikTok account. She has amassed more than 30,000 followers and over four million views, and several of her posts have captured national media attention.

Fuchs frequently refers to her Judaism in her TikTok videos and her live comedy acts. In fact, it’s how she met her writing partner.

“I moved to New York in 2016 and while improvising in a class at the Upright Citizens Brigade, I used the word ‘schlep’ in a sentence,” the Moriah College alumna said.

“At the end of class, a girl, Delia, walked up to me, ‘You’re Jewish? So am I.’ Instantly we were connected. We’re writing partners and have since finished writing a Jewish-themed feature film together. That is the Jewish community. No matter where you go, you can connect on the foods you ate growing up, the dress you wore for your bat mitzvah, the similarities in the Joshuas you went to school with.”

“I’ve seen so many painfully unfunny men, but their entire gender doesn’t get reamed for it.”

Following a successful run at the Melbourne International Comedy Festival with Dream Bat Mitzvah alongside fellow Jewish comedian Thalia-Joan, Fuchs is performing her solo show, Wisdumb, next week as part of the Sydney Comedy Festival.

“Wisdumb is a playful unpacking of what it means to be wise with lots of spontaneous crowd work thrown in,” she said when asked what audiences can expect from her show.

“The show explores a lot of my own experiences growing up dyslexic with a brilliantly smart older sister (who has grown up to be a doctor, something different for our people), generational changes and falling off a trampoline at my cousin’s house. I go into my personal theory of profit (if pants say $50, but when scanned are $35, you’ve just made $15 profit) and my belief that doctors shouldn’t be attractive.

“Anybody who comes can expect to feel both wise and dumb, frustrated and relieved, and I have no doubt that you’ll leave knowing a little, or maybe a lot more, about the way I see the world.”

Her love of comedy was nourished from a young age and her parents are often the butt of her jokes on social media.

“I was doomed, fated, whatever sounds more positive and upbeat, to be a comedian,” Fuchs said. 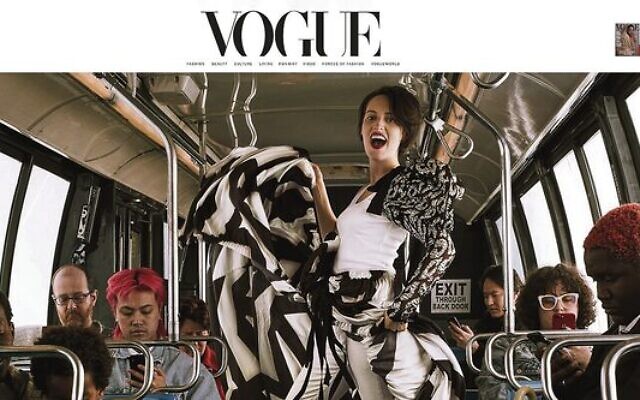 “Growing up, just before my Dad would fall asleep on the couch he’d switch the channel over to a comedy gala, or Who’s Line Is It Anyway?. I used humour and quick wit to get out of everything. I’d annoy my siblings, bringing us to the brink of war but punctuate the argument with a funny line or a look, and we’d erupt in laughter. When someone laughs their guard is down, and you can connect.”

Fuchs explains that her comedy is a combination of personal experiences, memories and hypotheticals conjured up in her mind. She’s not afraid to poke fun at herself – or those around her – and said that often it’s crowd work (which she is exceptionally good at, throwing witty quips when anyone answers her questions) that inspires new ideas.

“I keep asking myself, ‘Would this make your sister roll her eyes, but be unable to stifle a huge laugh?’ Good. Throw it in,” she said.

For Fuchs, female representation is essential in the world of comedy.

“Women are 50 per cent of the population, we’re out here, we’re living, we’re eating snacks in bed, we’re tripping on a curb and pretending like no one saw it. We still exist in a world where a woman walks on stage and people disengage, they assume she won’t be funny, or God forbid she isn’t the funniest in the room, you hear people say, ‘Women just aren’t funny’ or ‘I just don’t find women funny’,” she said. 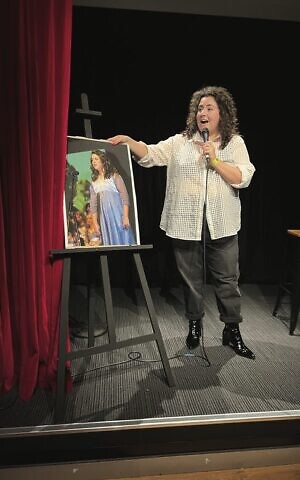 Jess Fuchs on stage with her Dream Bat Mitzvah show at the Melbourne International Comedy Festival earlier this year.

“One token woman still represents all women for many audiences. This comes down to the different leeway men and women get. I’ve seen so many painfully unfunny men, but their entire gender doesn’t get reamed for it.”

For Fuchs, performing in Sydney is exciting, giving her a home court advantage.

But she still jokes about her family’s expectations.

“It is the most electric feeling when someone who has seen you before in a local show buys a ticket, which means they have to put on pants, maybe even a bra, find parking and spend money on a drink. A ticket symbolises commitment. Showing up declares to the world, ‘I do love this comedian’. It’s a marriage,” she said.

“The downside is performing to your family and friends, who are waiting for you to secure a big Netflix deal and pay them back for all the times you ‘left your wallet at home’.

“After two-plus years of ups and downs with live theatre, comedy and performance, it would be such an honour to entertain people. Bringing upbeat, fun, ridiculous stories to a packed house and giving people something to laugh and smile about for days after is such a privilege. The opportunity to chase a career like stand-up comedy does not weigh lightly on my shoulders, so know that for me, making you laugh is very important.”

Wisdumb is at Enmore Theatre on May 21-22 as part of the Sydney Comedy Festival. Bookings: sydneycomedyfest.com.