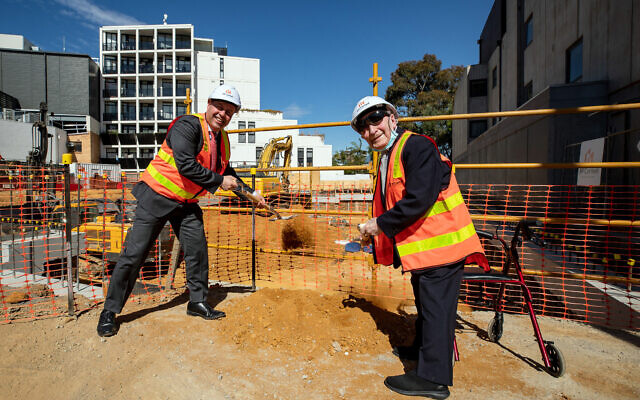 A GROUND-breaking ceremony has marked the start of construction on the Jewish Holocaust Centre’s (JHC) extensive new museum in Elsternwick, replacing the old JHC building, which was established in 1984 and demolished earlier this year.

They were flanked by Victorian Senator James Paterson and Caulfield MP David Southwick at the November 19 event.

Funding for the construction, due to be completed in 2022, comes from a $10 million federal grant, $750,000 from the Victorian government, and more than $15 million in private donations. 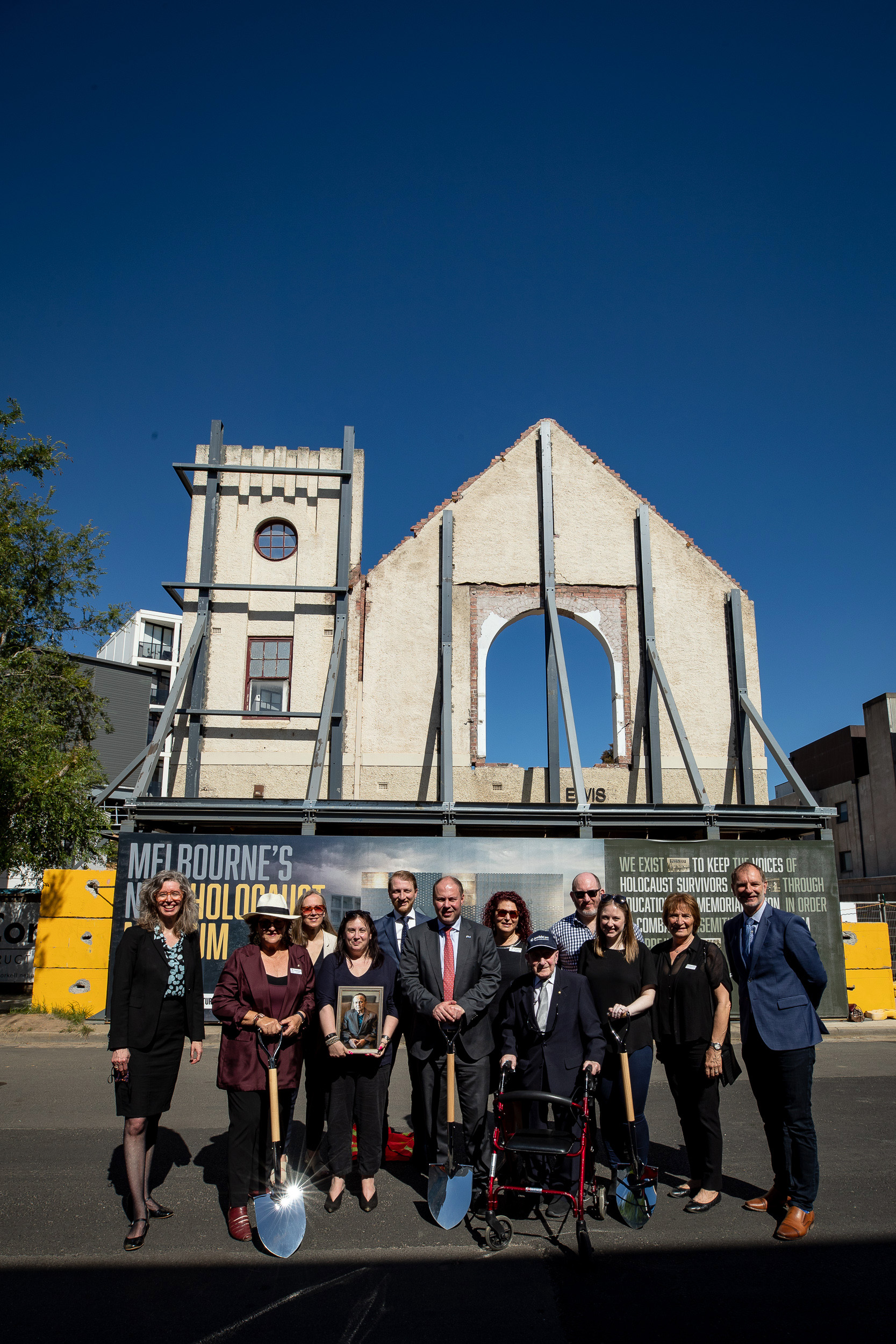 The new centre will be named in honour of Melbourne survivor, the late Josef Hellen, a dedicated supporter of the construction project, who passed away this year. Originally from Czechoslovakia, Hellen lost his family in the Holocaust, escaping during the death march from Auschwitz in 1945.

JHC co-president Pauline Rockman quoted the late Kitia Altman, a Melbourne survivor and author, that “as long as people exist who understand the survivors and who can pass the knowledge and the feelings of the survivors on to others, then the Holocaust will be remembered”.

Frydenberg said, “We’re here to perpetuate the memory of six million Jews who were lost,” as well as Roma and Sinti, homosexuals, the disabled, “and so many other innocents”.

“The fact that this museum will be a repository for thousands of artefacts and testimonies will mean that their memory will live on and the lessons of their experience will be learned by future generations,” he said.

Asked by The AJN if he envisaged a national network of Shoah museums, now that federal funding has enabled Adelaide to open one and Brisbane soon to have one, Frydenberg predicted it would be achieved.

“We want school students from every state to get the opportunity to learn about the lessons of the Holocaust and the importance of tolerance and the need to combat racism,” he added.

Speaking to The AJN about the Andrews government’s decision this year to make Holocaust education mandatory for years 9-10 students, Taylor said children “need the true story, they need high-calibre education”.