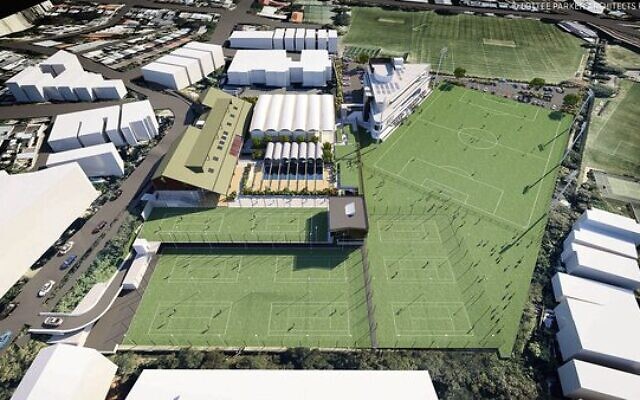 An artist’s impression of the new Hakoah complex.

THE realisation of the Hakoah White City project is now tantalisingly close after the club sold nearly 2800 memberships in its recent campaign.

With development approval and funding commitments secured and a builder chosen, Hakoah had set a target of 2000 memberships to prove to major donors that the project is viable.

“We’re ticking all the boxes of the conditions precedent that we need to do. The final communal piece was getting the memberships in place to give us confidence that the community really wants it, and I think we’ve done that in spades,” president Steven Lowy told The AJN.

“Nearly 2800 members and 200 major donors is a clear display that the vision of Hakoah at White City is eagerly embraced by the community.”

He said the board was particularly pleased to see so many younger members joining up.

“This is one of the main reasons we’re building the project. The core rationale for what we’re doing is enhancing Jewish continuity and Jewish sustainability and providing a communal hub,” he said.

Reflecting on an “enormous amount of work under very difficult circumstances”, Lowy said the club had hoped to promote memberships with a range of in-person events on site.

“Of course, we were never really able to do that. And so my hat really goes off to the team for being very innovative … but basically, we wouldn’t have been able to achieve that without real excitement in the community.

“We’re two years out from opening and 2750 people have signed up.”

Lowy said the club was also pleased to see schools, shules and other organisations support the campaign.

“Everybody was promoting to their own membership to become a member of Hakoah which would be unprecedented in the community,” he said.

“And it just shows how we really will be working [with them] … the community organisations are excited to use the facilities within Hakoah.”

With more than $70 million raised in philanthropic support including pre-opening memberships and $15 million from state and federal government grants, the club is nearing completion of the financial support needed and is getting ready to finalise construction and other legal agreements.

“We are confident the project will begin in early 2022 after a meeting of members takes place next February to formally push the go button,” Lowy noted.

“We will keep the membership packages open for just a short period longer to give those who may have missed out an opportunity to join.”

He said “no doubt” membership numbers will increase as the club nears its opening. “And once we open, those people who really haven’t imagined it will be able to touch and feel it, and no doubt that will create an enormous momentum again.”

Lowy added that the sale of the White City site to the new not-for-profit entity Sydney Jewish Community Centre will be a protective mechanism to ensure the land “will always be owned by the Jewish community”.

Looking back on what has been achieved in the past two years, Lowy remarked “if you would have said, can you raise $70 million from the community and government two years ago, I would have said that’s going to be a Herculean task”.

He added that the board “didn’t fully appreciate” how difficult achieving the various aspects of the project would prove to be.

“Each piece of the puzzle just needed to be put into place and we’re fortunate to have a board – and you’ve heard me say this before – our board is as good as any corporate board in the country, with a huge amount of expertise,” he said.

Hakoah White City is scheduled to open in the second half of 2023. 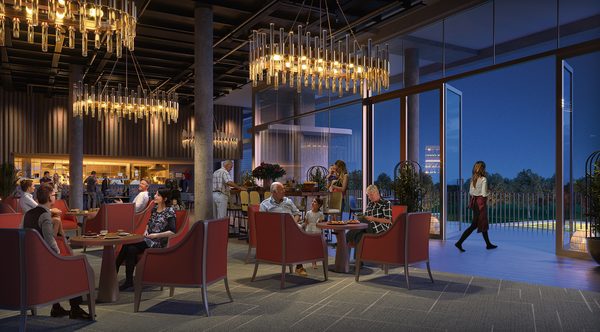 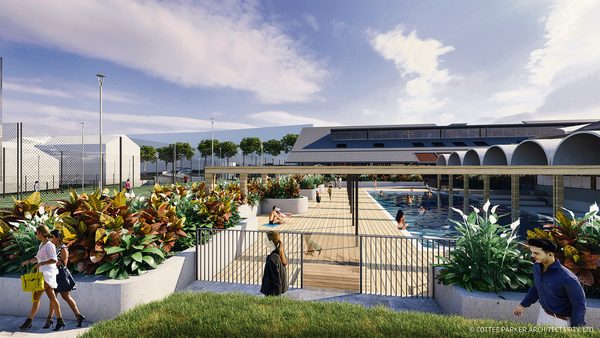 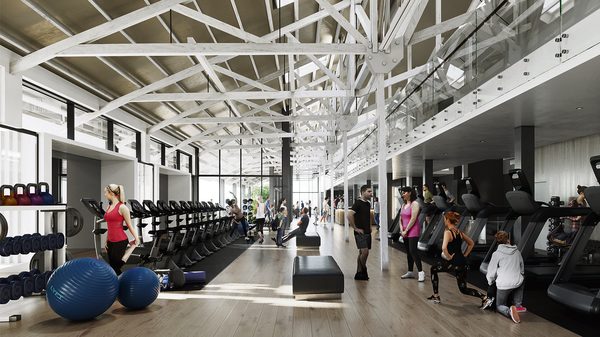