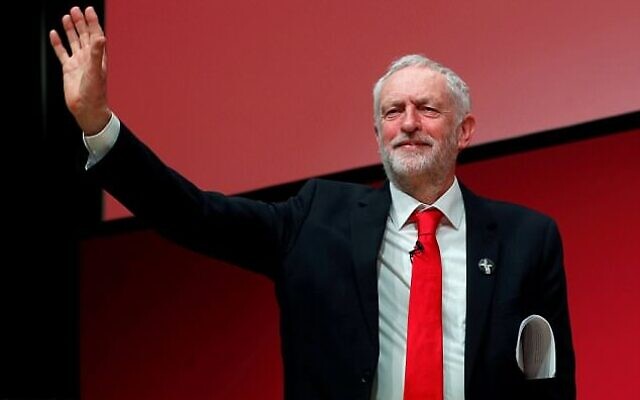 Labour leader Jeremy Corbyn, who many have described as a racist antisemite, has announced he will resign.

The announcement came after the Conservatives took control of the UK House of Commons with a landslide election victory.

He announced that he “will not fight another general election as the leader” but said he will not resign immediately.

A former Jewish Labour MP has said that her party has become racist and nasty.

Ruth Smeeth, who lost her seat in the election, told Sky News UK that Corbyn must resign immediately.

“Everybody must make clear that Jews feel safe in the Labour party and they don’t at the moment.”

Corbyn, widely branded as antisemitic himself, had been condemned for failing to crack down on antisemitism within the party – which prompted a number of MPs, both Jewish and non-Jewish to resign from Labour – for his past associations with terrorists, antisemites and Holocaust deniers, for his virulently anti-Zionist rhetoric, for a number of incidents and events he was involved in that upset and offended Anglo-Jewry and for continually ignoring the concerns of the community.