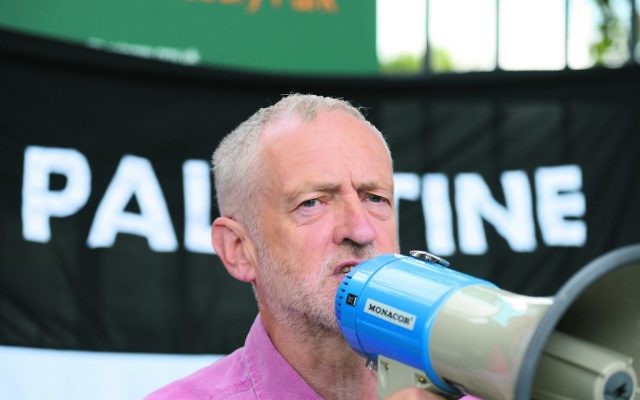 Australian Jewish leaders have expressed concern at the result of the UK election.

AUSTRALIAN Jewish leaders are disquieted over the significant boost to the Labour Party in the United Kingdom election, warning that the results will give leader Jeremy Corbyn “a free pass” despite his record of support for terrorist organisations and failure to tackle anti-Semitism within his party.

While Theresa May will remain in the UK’s top job – for now, at least – last week’s unprecedented election saw Corbyn defy the odds and win 40 per cent of the vote.

Speaking to The AJN this week, Executive Council of Australian Jewry president Anton Block said the overall results will serve to “entrench” the position of Corbyn as head of the British Labour Party, and “will therefore give Corbyn a free pass regardless of his record of praise for Hezbollah and Hamas and his failure to tackle increasing anti-Semitism by some of his supporters”.

Block warned that these issues “will continue to fester” within UK Labour, and will “increasingly embolden those who engage in overt expressions of anti-Semitism within British society more broadly”.

“Nevertheless, the troubling aspects of Corbyn’s record did not go entirely unpunished by the electorate,” he noted.

“The sharp swing to Labour in London was not reflected in the northwestern London electorates of Finchley and Golders Green and Hendon, where large concentrations of Jewish voters who distrust Corbyn helped to return the Conservative candidates.

“Had these seats also fallen to Labour, it might have put out of reach any possibility of the Conservatives forming a majority coalition government,” Block said.

Ironically, he added, the mooted coalition partner for the Conservatives is the Democratic Unionist Party of Northern Ireland, “arguably the most staunchly Zionist party in the United Kingdom”.

Meanwhile, Australia/Israel & Jewish Affairs Council executive director Colin Rubenstein said it is “concerning” that Labour’s vote was as high as it was.

“We would have hoped that Mr Corbyn’s association with individuals and groups who have espoused and promoted anti-Semitism and Holocaust denial would have disqualified him, in the eyes of the British public, as unfit to lead one of the world’s most important democracies,” Rubenstein said.

He noted that Corbyn has “repeatedly failed to acknowledge the very serious culture of anti-Semitism within his own party”, and is on record calling the genocidal terrorist organisations Hamas and Hezbollah “friends”.

“Additionally, he was condemned by his own party for attending a ceremony honouring one of the terrorists involved in the 1972 Munich Olympics massacre,” Rubenstein said.

“Given all this information is in the public domain, the fact that millions voted for him regardless, including so many young people, is very disturbing.”

“Thankfully he has not succeeded in his bid to become Prime Minister and one can only hope that the electorate and the Labour Party itself realises just how unfit he is to fulfil that role,” Lamm said.