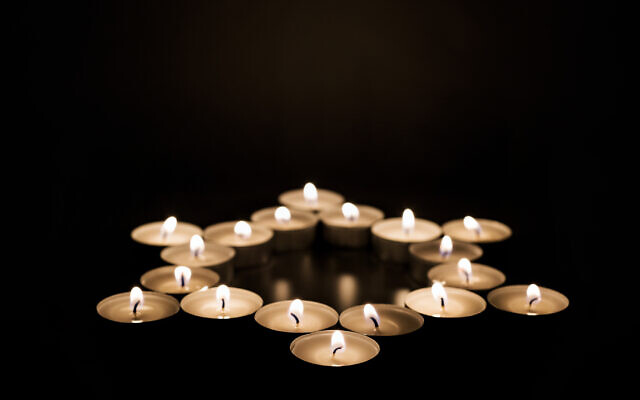 THE first recorded death from COVID-19, in Israel, was Aryeh Even, an 88-year-old Holocaust survivor born in Hungary.

For me, what was significant was not that Israel’s first victim had died, but that he was a Holocaust survivor, one of the few remaining. It seemed a cruel fate, for someone who has experienced the depths of human depravity, someone who has suffered already, to have to suffer once again and pay the ultimate price after beating death in another time.

It is likely that COVID-19, which preys on the weak, infirm and old, will steal more of our few remaining precious survivors. In an article titled “The Coronavirus Erases Our Living Memory of the Holocaust” from online magazine Tablet, Armin Rosen writes: “The coronavirus has jeopardised what little remains of an already-fraying living connection to the Jewish past.”

The virus poses a very real physical threat to Holocaust memory. It asks of all of us to do what we must to protect the last remaining survivors, just as it reminds us that we are soon not only to face a future that is changed economically and socially, but also a past that has no witnesses.

At that moment, the responsibility of remembrance will truly fall upon a generation who have lived not with the experience, but in many cases, with the trauma of the Holocaust. Will we embrace the responsibility, or let the memory fade?

When the last survivor dies, how will we remember and commemorate? We can read history books, and perhaps we may attend a ceremony. Many will rely on the images we get from films and television. Spielberg’s seminal movie, Schindler’s List, is used as source material for many who wish to know more about the Holocaust. My wife recently went to the library, and when asked by the librarian what books she liked, she answered historical fiction. The librarian’s response was “Perhaps you would like a book about the Holocaust, there are so many at the moment.” But can we rely on popular culture to present the testimonies of those who were there?

Heather Morris’s recent book The Last Tattooist of Auschwitz, an international best seller, is a historical novel that tells of a love story set in Auschwitz. While the story has resonated strongly with readers, others are upset at many of the inaccuracies in the book.

The recent film JoJo Rabbit, by the brilliant New Zealand director Taika Waititi tells the story of a German boy who eventually saves a Jewish girl, with the silent help of a Nazi officer. The Boy in the Striped Pyjamas and The Book Thief both also present us with a German boy who tries to help a Jewish friend. Will this give rise to the impression that there were many Germans who tried to save Jews, when in reality the converse is true?

As long as the survivors are here with us, there is still a buffer between the facts and the stories. Today, when an author or a filmmaker uses history to tell a story, they know they will have to face the criticism of those who were actually there. But what happens once the survivors are gone?

And how will the absence of survivors affect commemoration? Until now, the commemorations have not only been built around the survivors’ needs, but they have featured centre stage in their presentation. Will a filmed testimony as if from a History Channel documentary, or the testimony of a second generation, who lived through the trauma, but not the experience, resonate as strongly with newer generations?

This Yom Hashoah, commemoration has been thrown the added complexity of the coronavirus. Without the ability to gather, we will have to commemorate at home rather than as a community.

The NSW Jewish Board of Deputies, in cancelling the local commemoration, decided to live stream it online. But, with the possibility of a complete lockdown, and the decision to not expose our few precious remaining survivors, we decided to pre-film the event. I have seen it, and it is both moving, well produced, and stimulating. But it does not substitute for a communal gathering in which we remember, grieve and honour collectively. And the absence of survivors, although they are on screen, but not present, leaves an emptiness that is hard to fill.

I have the honour of lighting a candle for the six million, something that has always been the remit of the survivors. I felt like a usurper despite my pedigree of representing my parents, both Holocaust survivors, now passed.

I do take the opportunity to invite those at home to light a candle. My hope, and I think I can say this with some confidence, on behalf of all the survivors, is that hundreds, if not thousands of candles will be lit on the night, to let our few remaining survivors know that we care, and that we will not forget them.

Elie Wiesel said, “I marvel at the resilience of the Jewish people. Their best characteristic is their desire to remember. No other people have such an obsession with memory.”

The COVID-19 virus has reached pandemic proportions. It does not discriminate against any group. So completely different than the Nazi Final Solution, which was directed specifically against the Jews along with a few other minorities.

The anxiety and fear is universal rather than specific. But in it, we all have the opportunity to experience some sense of what it is like to be a victim, innocent of anything but the desire to live in health, in dignity, and equal before all.

This Yom Hashoah, despite the lack of a formal commemoration, let’s take the opportunity to come together, in our homes, and remember the suffering from a time past. Because the past is never the past. It has meaning in the present, whether it is our response to modern-day antisemitism, the existential threat to Israel, assimilation in our community, or how we deal with the current pandemic.

Our survivors survived. Their resilience, their fortitude, and their strength should be an example to us, and all humanity, as together we face the challenges of these difficult times.

Danny Hochberg is chair of the Shoah Remembrance Committee of the NSW Jewish Board of Deputies.