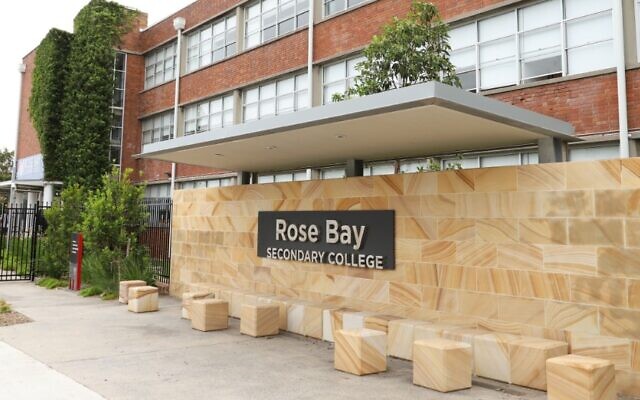 Courage to Care has been approached to educate students. Photo: website

Courage to Care has been approached by several schools where incidents of antisemitic behaviour have reportedly taken place recently, to educate their students through the stories of Holocaust survivors.

A wave of disturbing antisemitic incidents across schools in Sydney – including at Knox Grammar, Cranbrook and Rose Bay Secondary College – have made headlines in recent weeks.

The NSW Jewish Board of Deputies (JBD) has set up an online portal for students and their families to report these incidents, while schools have also been invited to visit the Sydney Jewish Museum.

“When these incidents occur there’s a feeling that more needs to be done and real action needs to take place,” Courage to Care NSW CEO Ed St John said.

“There’s an awareness now, so we’re seeing these conversations evolve and schools are now saying, ‘We really need to respond to this and look at how we can teach our kids to be better.'”

Courage to Care has been carrying out school programs for many years, where they feature stories from Holocaust survivors to educate students about how to be an “upstander”.

“Often we have a story about someone who took great personal risks to save the life of a Jewish person, or in some cases other people who were persecuted by the Nazis,” St John said.

“We look at that behaviour and we say, ‘How can you be an upstander rather than a bystander when you encounter discrimination, antisemitism or other forms of bullying?’

“So we’re really giving young people the tools to know how to behave when those situations arise in their lives.”

St John said Courage to Care is in the “behaviour change business” and, through bespoke programs, strives to educate students about what happens when discrimination is allowed to occur.

“The key to a lot of our programs is that students get the opportunity to meet a Holocaust survivor, and we have a number of wonderful survivors that work with us,” he said.

“There is really nothing more powerful than the first-person testimony of someone who has witnessed, and been subjected to, that discrimination themselves.”

St John said listening to a Holocaust survivor is a “game-changer” for the students, who respond to surveys following the program with increased empathy and awareness, as well as an increased knowledge about how to respond to discriminatory behaviour.