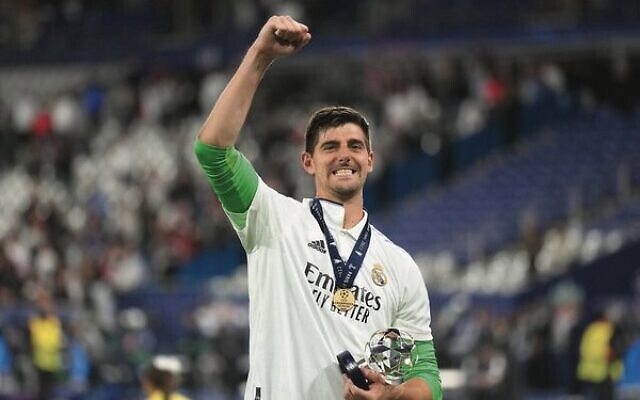 After dating for nearly a year, Belgian soccer superstar Thibaut Courtois has decided to take his relationship with Israeli model Mishel Gerzig to the next level.

In pictures that have circulated on social media, Courtois, 30, is seen down on one knee while Gerzig, 24, seems to be shedding tears of joy. The proposal, reportedly done during a trip to the Amalfi Coast, came just days after Courtois’ Real Madrid won the Champions League.

Gerzig and Courtois’ relationship began about a year ago.

But the relationship has proven to be challenging at times, as Gerzig herself indicated in an interview with Ynet.

“Some people are unhappy that Courtois is dating an Israeli woman,” she said, adding that her social media accounts have been bombarded with anti-Israel and pro-Palestinian comments ever since the two started dating.

“People don’t care about you as a human, if you are from Israel, it’s over. It doesn’t matter if you are good or bad, they instantly hate you and threaten you only for being an Israeli.”

But that did not seem to deter Courtois, who evidently appreciated Gerzig and their relationship enough to propose to his Israeli partner. And according to several reports, she said yes.