Whether it’s Anthony Hopkins sharing a special moment with his grandson in Armageddon Time or Candice Bergen refusing to accept her husband’s health condition in As They Made Us – Mayim Bialik’s feature directorial debut – this year’s Jewish International Film Festival (JIFF) is bringing the big guns.

It’s something that JIFF artistic director Eddie Tamir is especially proud of.

On top of Hopkins and Bergen, there’s also Anne Hathaway, Jeremy Strong, Dustin Hoffman and Dianna Agron, as well as an outstanding performance from Charlotte Gainsbourg in The Accusation and Rotem Sela, who according to Tamir, is “the hot young actress in Israel today”, in Bloody Murray. And then, of course, you have the other big Israeli name – Lior Ashkenazi – in Karaoke, which Tamir describes as “a really special film”. 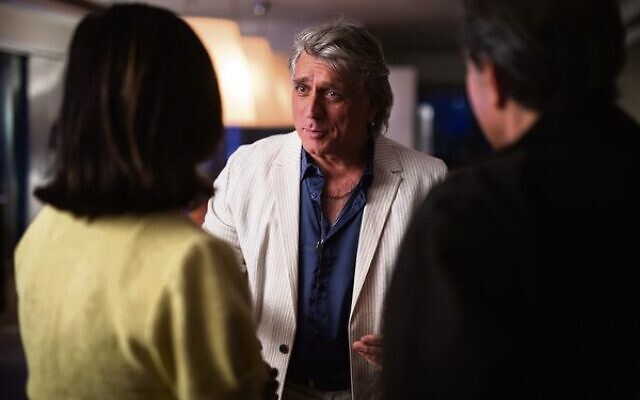 “The acting is just the highest quality. You know, from small things, great actors can make enormous journeys, and Sasson Gabay and Lior Ashkenazi are two of the legends of Israeli cinema and they absolutely deliver. It’s funny, it’s moving and I think it’s a world-class film.”

What this year’s festival has as well is a huge breadth of flavour, something Tamir said is a result of the team’s visit to Cannes.

“Cannes is the fresh fruit and vegetable market of film,” Tamir explained. “For example, with our opening film, Armageddon Time, that premiered in Cannes, if it was all a virtual world still, and the way the politics and the logistics of the industry work, we may never have got to see the film until it was too late to confirm it for the festival.”

It’s just one example of how the JIFF team has managed to bring the freshest films to Australia. Tamir also pointed out that when markets were virtual, a lot of the biggest and most exciting films never made it online.

“If you’re a producer or a sales agent, if you put [your film] in the virtual world, you can lose it, whether it’s being pirated or because it’s then seen by more people than you want it to be seen by, so you can’t sell it.”

Tamir explained that curating each JIFF festival is a year-long process, and that together with Cannes, he and executive director Lindy Tamir, trawl through screeners and make calls early on to ensure the program is as diverse and exciting as possible.

“We take some gambles,” he laughed. “If we like something, we’ll lock it in even six months before our cut-off date so that we know the deal is done.”

This is to avoid having to choose about 50 films at the last minute, which can result in missing out on several opportunities because those films could have been snapped up by other festivals.

Tamir said the JIFF team always kept in mind the diversity of the Jewish community in Australia.

“There are so many niches in the Jewish community – by age group, political leaning, by historic family roots of origin, LGBTQI, artistic expression, by literature. So if we find a film that we feel may be a niche film, which is excellent for that demographic, we also go hard on that film. And hopefully, it’s good enough that it has wider appeal, but if it just serves that niche, and it’s a high quality [film], we’ll also try to find a way to include it, so that we present an eclectic diverse slate,” he said.

As for choosing what film goes where in the program, Tamir admits that sometimes it’s very clear what will open and close the festivals, and which films need to be shown multiple times to ensure everyone who wants to see it can. But these choices need to be made with the rhythm of the general film release date in Australia in mind.

As Tamir explained, with the big releases, you only get one shot to do your best with it. 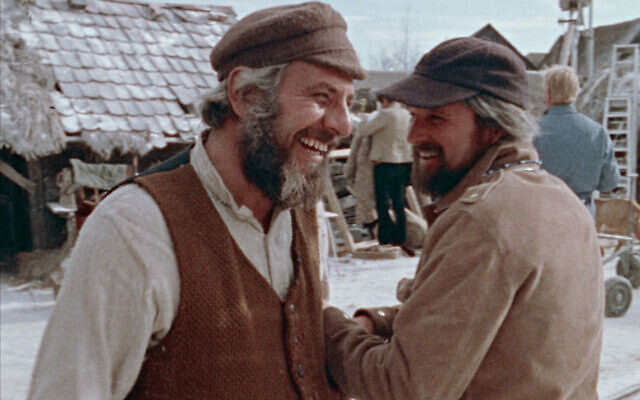 Fiddler’s Journey to the Big Screen

The good news is that JIFF as a festival is compelling for even the biggest distributors, which Tamir said is a “testament to the support we get, and to the traction that the distributors feel that JIFF can get for a big film premiering in Australia”.

Tamir said that this year’s program also has a lot to offer in the artistic space, with a dedicated theme – ‘creative expression’ – attached to several films that share the stories of the late Israeli artist Dani Karavan, writer Joyce Carol Oates, who discovered she was Jewish later in life, and one of Israel’s most beloved writers A B Yehoshua, as well as delving into the humour and drama of non-Jewish director Norman Jewison’s quest to re-envision Fiddler on the Roof as a film.

The other theme that runs through the program is ‘challenging the narrative’. Films such as J’Accuse which looks at the Lithuanian Jewish experience, To Never Forget by Australian director Peter Hegedus exploring the Latvian Holocaust, and The Wedding Day looking at the Polish experience. 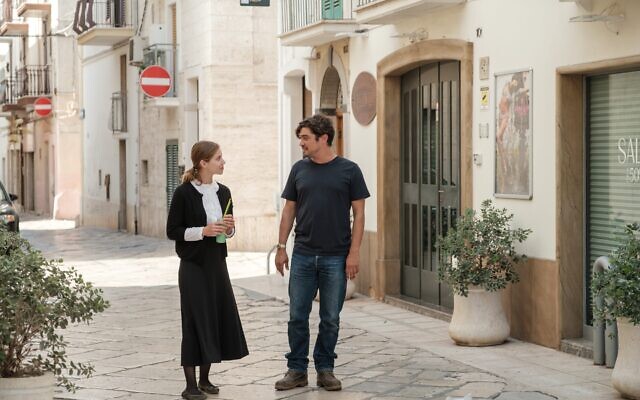 As for some of Tamir’s favourite films on the program, he names Where Life Begins, which he says could easily play at all major festivals, sharing the story of an ultra-Orthodox French family who visit the same farm in southern Italy every summer to harvest etrogs; March 1968, telling the story of a Jewish female student and a non-Jewish society guy, and their romance against the backdrop of 1968 communist Poland; and Stay With Us, a French film that hasn’t even premiered in France yet, directed by and starring French comedian Gad Elmaleh about a man who hides his love of the Virgin Mary and decides to be baptised, much to his Jewish family’s distress.

“It’s as quirky as it sounds,” Tamir laughed. “It’s funny because it also goes into his stand-up routines, family dynamics and just the quirkiness of hiding Virgin Mary statues in a suitcase.”

And there’s all the events that accompany the brilliant films. In Melbourne, there’s a real fiddler on the roof, while in both Sydney and Melbourne there are mime performances, interactive karaoke and director sessions spread throughout the program.

Overall, Tamir said the program is one that provides a little bit of hope, and expands every viewers’ mindset.

“We hope people come out with an optimism about the world and its future, whether they’re seeing an entertaining rom-com, uplifting comedy or whether they’re seeing something that explores more difficult themes, but generally, we know that exploring those things in the way that filmmakers are doing, that exploration leads to some hope and opportunity for a better way of living in this crazy world,” he said.

“Most of us usually read, watch and listen to things that are within a certain box that suits our worldview. There’s opportunity at JIFF to experience films that may be outside your worldview box, so we hope people take that opportunity to broaden their experience and hopefully find that rewarding.”

JIFF is screening at cinemas in Melbourne, Sydney, Brisbane, Canberra and Perth, and for the first year in the Gold Coast and Hobart, from October 24 to December 7. For exact dates and program information, visit jiff.com.au