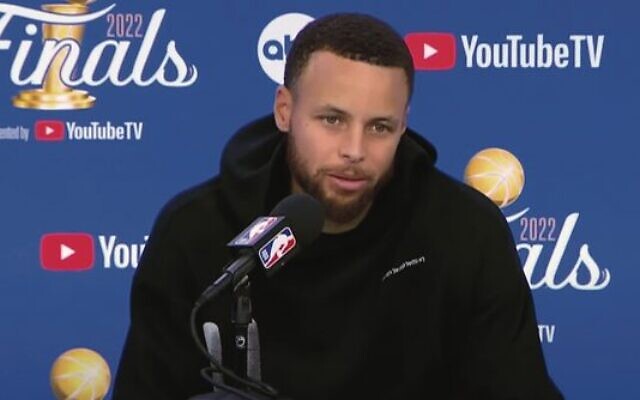 During a recent postgame press conference, following a Warriors victory, he donned a Hebrew sweatshirt for the cameras – one that matches his own Hebrew tattoos, featuring a phrase which translates to “love never fails”. It’s also one of Curry’s two Hebrew tattoos, which he shares with his wife.

Of course, a haphazardly translated New Testament phrase is hardly a gateway to meaningful Jewish wisdom. But the NBA finals series between the Warriors and the Boston Celtics has other Jewish connections, too.

For Boston, that includes Hall of Fame coach and executive Red Auerbach (who died in 2006), the son of a Russian-Jewish immigrant who is generally considered the greatest coach in the history of basketball.

For the Warriors, there’s Jewish-Ukrainian immigrant and fellow Hall of Fame coach Eddie Gottlieb (who died in 1979), who played a leading role in bringing the team to the Bay Area from Philadelphia.