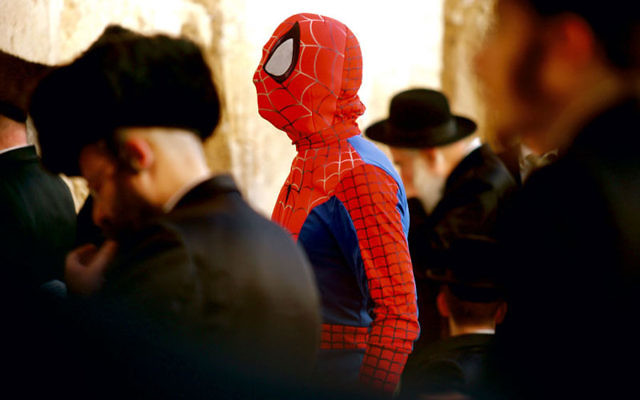 IT has taken more than a year’s work by Tel Aviv art dealer Major Assour to curate more than 150 artworks by Israeli artists for display at the Israel Now exhibition held in Sydney at the Ken Done Gallery in The Rocks from September 4-6 and in Melbourne at Gould Galleries in South Yarra from September 11-13.

“It’s a dream come true,” says Assour by phone from Israel on the eve of making his first trip to Australia to oversee the exhibitions.

“Israeli art is receiving a lot of recognition inside and out of Israel today. Major galleries from London to New York are showing Israeli art, and the more that we can show off, the better for them in a global marketplace.”

Assour, who runs his own gallery in Tel Aviv and has worked in the art business for more than 25 years, is well known in the industry and has used his connections to organise this exhibition on behalf of the United Israel Appeal’s fundraising efforts in Australia.

Among the well-known artists whose works are featured in the Israel Now exhibition are Sigalit Landau, Gal Weinstein, Menashe Kadishman, David Kassman, Zadok Ben David and Yaacov Agam. Their works range from paintings and sculptures to photos and videos.

“The main purpose is to show another side of Israel to both the Jewish and wider communities in Australia,” says Assour. “We want to keep building our connections through art.”

The exhibition was the idea of UIA board member Joshua Biggs, who worked closely with Assour and Bambi Blumberg, Art Basel’s representative in Australia and New Zealand, and the Ken Done Gallery in Sydney and Gould Galleries in Melbourne to bring the exhibition to fruition.

“This is a bold, all-encompassing project that brings a great combination of work by leading artists,” Biggs says of the exhibition.

“We have Israeli artists that are taking the world by storm. It is a way of showing another side of Israel to the Australian Jewish community and the wider community.”

Before studying sculpture during Israel’s first decade of statehood, Menashe Kadishman worked as a shepherd on Kibbutz Ma’ayan Baruch. This experience with nature had a major impact on his later artistic work and at the 1978 Venice Biennale he presented a flock of coloured live sheep as living art.

In 1995, Kadishman began painting numerous portraits of sheep and these became his artistic trademark. He has several works in the Israel Now exhibition.

Jerusalem-born Sigalit Landau, a graduate of the Bezalel Academy of Art and Design, has exhibited around the world. For her latest project, Landau submerged a black gown in the Dead Sea and left it there for two years, leaving nature to do its work. The process of salt crystallisation gave the gown a glittering white coat, resulting in some stunning photos.

Zadok Ben David was born in Yemen in 1949 and migrated to Israel in the same year. He studied sculpture at London’s St Martin’s School of Art and taught at the same institution from 1977-82.

His works have become internationally renowned and one of his sculptures will be on display at this year’s Sculpture by the Sea, Bondi outdoor exhibition which opens on October 20.

A world-renowned kinetic artist, Yaacov Agam pioneered a new form of art that stresses change and movement. He has enjoyed great success since his first solo exhibition in Paris in 1953.

His giant Chanukah Menorah on New York’s Fifth Avenue is almost 10 metres high and is recognised by the Guinness Book of World Records as the world’s largest menorah.

Also exhibiting is artist Gal Weinstein, 47, who has been selected to represent Israel at the Venice Biennale in 2017. A graduate of the Bezalel Academy of Art and Design in Jerusalem, he gained local and -international acclaim early in his career. In 2002 Weistein represented Israel in the Sao Paulo Biennale.

Ruth Bloch is one of Israel’s leading artists and her figurative sculptures are exhibited all over the world, including Britain, France and the United States.

David Kassman, 44, who began his career photographing remote tribes in Africa, had taken a photo of a man dressed in a Spiderman costume posing with tourists in New York’s Times Square, and decided to buy a similar costume for use in the future.

This was in 2006, around the time that the Second Lebanon War broke out and Ran, a fighter in an elite reserve unit, was called into action.

When Ran returned home a month later, he was physically well but bore mental scars, suffering nightmares from the war and mourning the death of his best friend.

To provide an escape from the trauma and help him get back on the road to sanity, David embarked on the Spiderman Project, travelling around Israel to places of importance in Jewish history such as the Kotel and the Dead Sea, and overseas to the landmarks such as the Holocaust Memorial in Berlin and the pyramids in Egypt, where they completed their project. By this time Ran was able to step out of the superhero’s uniform and resume a normal life.

David’s photos of the colourful superhero have captured the imagination of people of all ages around the world.
Enquiries: www.israelnow.com.au.