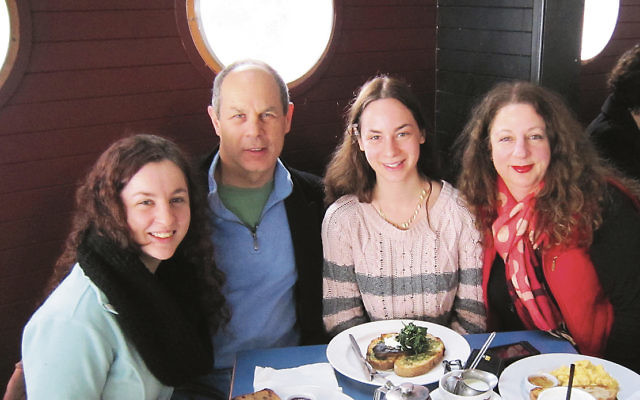 Julian Paul with his family. He was killed when hit by a car while riding his bicycle.

THE driver who killed cyclist Julian Paul three years ago and left the scene of the accident has been sentenced to 11 years in prison.

Stephanie Maher, 33, was found guilty in June over the death of Paul, a 54-year-old father of two, who suffered head and back injuries when he was struck by Maher’s car on the Nepean Highway on November 26 in 2013.

The court was told that Maher was seen driving erratically, at times with her eyes closed and her head tilted back while at a red light, only minutes before she struck Paul, who was wearing brightly coloured clothes and had lights and reflective tape on his bicycle.

The Elwood Torah Talmud congregant died in hospital from the injuries he sustained three weeks after the accident.

Maher had pleaded not guilty.

“I regard your failure to stop as a particularly egregious example of that crime,” Judge Parson said.

“You well knew you’d hit a man on his bike and you chose to leave the scene and hide your car in an effort to avoid responsibility for your actions.

“I reject your explanations as to what you did after the collision as untruthful.”

The judge sentenced Maher to 11 years in jail, however she will be eligible for parole in eight-and-a-half years.

At a plea hearing earlier this year, Paul’s wife Janine told the court of her devoted husband and loving father of their children and spoke of thwarted plans to go on a dream holiday around the world.

“We told each other we loved each other every day,” she said. “My life as I knew it is over.”

In 2008, Maher stole pain relief medications from the intravenous feeds of patients at The Alfred and Cabrini hospitals, for which she was sentenced to an eight-month intensive corrections order and ordered to continue treatment for her heroin addiction.