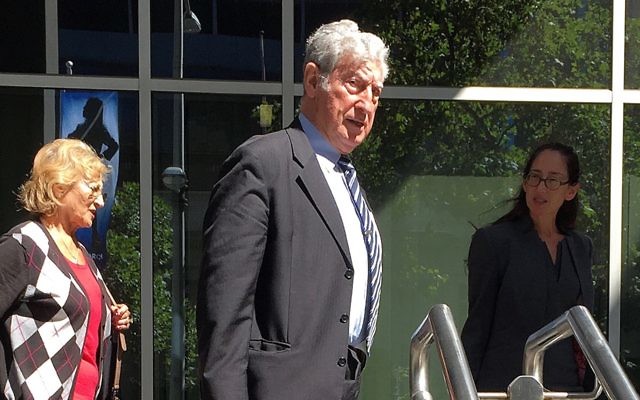 VETERAN Melbourne lawyer Alex Lewenberg has been found guilty of professional misconduct for telling a child sex abuse victim that Jews should not help police prosecute other Jews.

A judgment by the Victorian Civil and Administrative Tribunal (VCAT) condemned Lewenberg’s conduct after finding that on two occasions the high-profile criminal lawyer had told the victim Jews should not inform on other Jews to the authorities.

In her judgment, VCAT Judge Pamela Jenkins found Lewenberg “believes that fellow Jews should ‘stick together’ and not assist the secular authorities one against another”.

She ruled such a view “is antithetical to the principle of equality before the law, so fundamental to a democratic society such as Australia”.

Picking up on an argument by Nicholas Green QC who represented the Victorian Legal Services Commissioner at the March 15 hearing, the judge stated “it is as if the blindfold of Justitia, the goddess of justice, were effectively removed so that she can distinguish the Jewish defendant from the non-Jewish defendant and subjectively accord favourable treatment to the former. Such a notion is, of course, completely intolerable and ought to be eschewed by every member of the legal profession”.

During a hearing in the Melbourne Magistrates Court on September 6, 2011, to determine bail for now convicted and imprisoned child sex offender David Cyprys, Lewenberg, who was Cyprys’s lawyer, was heard to dispute an assertion to the court that Cyprys could flee to Israel under its Law of Return.

The complainant, a child sex abuse victim known publicly only as AVB, had raised that assertion, which Lewenberg apparently believed to be incorrect information, and which was then offered to the court. Lewenberg turned to Cyprys’s father and stated it was “most disappointing when a person who has nothing to do with the case and being a fellow Jew does wilfully seek to hinder another Jew in his defence of criminal charges”.

VCAT was told Lewenberg’s remarks in court were circulated quickly and widely throughout the Orthodox Jewish community and caused AVB further suffering.

On October 6, 2011, in a phone conversation with AVB, Lewenberg told him “there is a tradition … that you do not assist against [the people of] Abraham”. Lewenberg observed to AVB that the “moser [informant]” principle “is well-known”.

VCAT heard Lewenberg does not dispute the facts of the case.

He admitted to two charges of common-law misconduct but was unsuccessful in contesting the “professional misconduct” charges.

Judge Jenkins stated Lewenberg “accepts that what he did was clearly wrong”.

In an unrelated matter in 1989, Lewenberg was fined $3000 and had his practising certificate cancelled for two years. Judge Jenkins will hear submissions on sanctions for Lewenberg later this month.