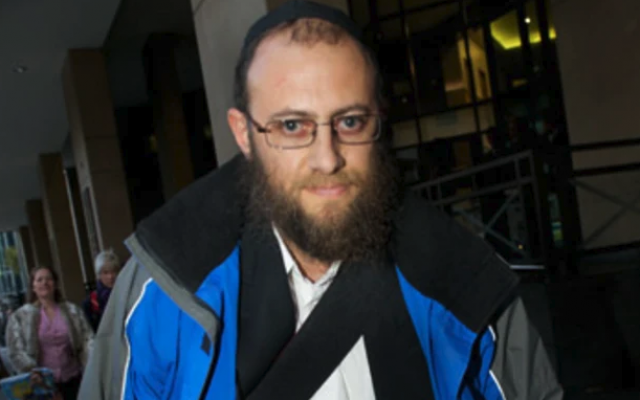 SIX years after being convicted of raping a 15-year-old boy, and pleading guilty to molesting eight other boys, David Cyprys will be released on parole today (Wednesday).

Cyprys, who was 45 years old when sentenced, was a locksmith and ran youth activities within the Yeshivah Centre in the 1980s and ’90s when the incidents occurred.

Victim Manny Waks urged institutions and guardians to take appropriate steps to ensure Cyprys, who will be released on parole, is not in a position to reoffend. “I feel for his past victims who still live within the community – the possibility of crossing paths with this vile person will be confronting to some (if not all) of them,” Waks, who now lives in Israel, said.

Waks added that he was disappointed that Cyprys would be released, and that he felt the parole board didn’t listen to victims.

“While it’s comforting and empowering to know that I and others have been able to hold Cyprys to account through the judicial process, it seems clear that the system still requires a great deal of work for it to become more effective and more accommodating for victims rather than for perpetrators.”

The AJN understands that Cyprys will be banned from the Yeshivah Centre, and that security guards will be told not to allow him on the campus.

One victim of child sexual abuse told The AJN that while Yeshivah-Beth Rivkah Colleges have completely changed in the last decade, he believes large sections of the Yeshivah organisation still have child protection issues.

“Neither the Yeshivah Centre nor the Yeshivah synagogue have any child safety policies in place and no idea what to do if he were to show up,” the victim said.

“This is despite him being sentenced to eight years, the Royal Commission [into Institutional Responses to Child Sexual Abuse] and then being warned over the last few months that his parole was imminent.

“That they haven’t managed to get policies in place in all this time is outrageous.”

Cyprys’ wife, Miriam Cyprys, told The AJN she is looking forward to his release.

“The family is delighted,” she said. “He has paid his dues to society and now I hope we will be able to rebuild our lives in peace.”