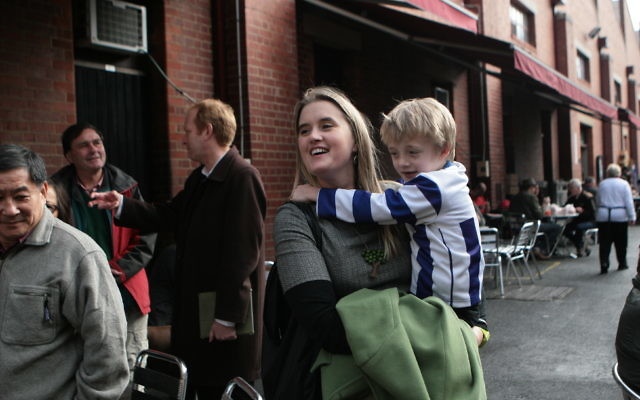 AFTER disparaging Greens policies in recent weeks, federal MP Michael Danby has said the party’s potential success in the upcoming Melbourne by-election would be problematic for the Jewish community.

Danby said a Greens win in the Victorian seat of Melbourne would mean increased political rhetoric in support of death duties, reducing aid to private schools and limiting skilled and educated migrant entry.

“Let’s hope we do not have a repeat of what happened in NSW when The Greens candidate from Marrickville Council sought to bring The Greens political party’s extreme foreign policy agenda into state politics,” he said.

But Greens candidate Cathy Oke, who according to recent polls has secured 38.1 per cent of the first preference vote, said international issues were, rightly, federal matters. “As a state MP, I would not expect to be specifically promoting relations with any other countries, although of course I would be interested in developing links associated with particular technologies or programs where those could be useful to Victoria’s economic, social or environmental development or vice versa,” she said.

Oke added that she was interested in rolling out recharging stations for electric cars, the provider of which, Better Place, is an Israeli company.

Danby justified his views in light of a conflict in values. “We can vote together on environmental issues, but their foreign and immigration policy positions are extreme,” he said.

He cited recent Labor support for Israel in sanctions against Iran, a vote to block Palestine attending the Earth Summit in Rio, and the recent resolution supporting a minute’s silence for the Israeli athletes at the Olympics.

“Let’s not forget the strong Labor campaign against the anti-Semitic Boycott Divestment and Sanctions (BDS) movement, where I was joined by Treasurer Wayne Swan, Communications Minister Stephen Conroy and Parliamentary Secretary to the Treasurer Bernie Ripoll, who all repudiated the attempt by The Greens to boycott a chocolate shop purely because it was [part of] an Israeli chain.”

But Greens federal MP Adam Bandt said the claim that BDS was led by The Greens was misleading, and a blatant attempt to win votes. “The Greens have never supported the BDS, and in fact our National Conference and party room have rejected it as a policy. We have also been clear that … we do not support the targeting of the Max Brenner stores,” said Bandt. “Mr Danby might want to remind people that Labor councillors on Marrickville Council supported the BDS motion,” he added.

Oke echoed this sentiment. “Neither I nor the Victorian Greens support the BDS movement against the State of Israel,” she said.