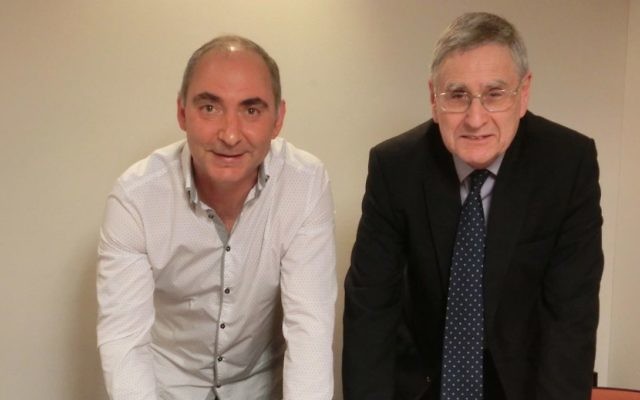 A BOOK chronicling the history of Jews serving in Australia’s military is a step closer to becoming reality after popular Jewish author Mark Dapin officially signed on as author.

The book, which will be published by the Sydney Jewish Museum in November 2015, is a project of the Centenary of Anzac Jewish Program (CoAJP).

CoAJP national coordinator Peter Allen told The AJN the book will form a fundamental part of the commemoration program.

“We see it as a legacy going forward,” he said.

“It will be a document of the history of the involvement of Jews in the Australian military that hasn’t been previously recorded for posterity.”

The book will cover all conflicts in which Australia has participated, from the Sudan, to the Boer War, World Wars I and II, Korea, Malaya, Vietnam, peacekeeping, the Gulf War and Afghanistan.

It will tell the stories of privates, generals and wing commanders; stewards, chaplains and doctors. It is estimated that over 7000 Jewish men and women have served in the Australian Army, Navy and Air Force, with 400 giving their lives in service.

“There is quite a wealth of material to write about and to research,” Allen said.“There’s material out there that we know of, the challenge is to find what material we don’t know … we’d be very keen to get people’s stories that they feel are worthy of inclusion in such a book.”

He said Dapin is the perfect fit to undertake the project, pointing to his writing style, experience with writing about military history and his Jewish background.

“He ticks all the boxes,” he said.

Dapin said it was an honour to be working on the project, but conceded it would be a “daunting and complex task”.

“The scope of the book is such that it covers the role of Jewish people in every Australian military intervention from colonisation up to Afghanistan,” he said.

“There is not a great deal of awareness of Australian Jewish military tradition beyond [Sir John] Monash, who was of course historically Australia’s finest soldier.

“I think the book will probably bring about a greater awareness through the generations of the role that Australian Jewish service people have played in our military history.”

CoAJP is being coordinated by the Federal Association of Jewish Ex-Servicemen and Women, the Australian Jewish Historical Society and the Executive Council of Australian Jewry. The book project is being undertaken with the assistance of donations from the Jewish community and the Federal government’s Saluting Their Service grant program.