WITH Australians heading to the polls on Saturday, Prime Minister Scott Morrison and Opposition Leader Anthony Albanese have made their impassioned final pleas to the Jewish community.

Morrison’s is largely about his friendship with Jewish Australians, Australia’s affinity with Israel and his government’s pledge to keep the Jewish community safe.

“My father often said to me, “If you want to understand community, understand the Jewish community,” Morrison said.

“In Israel, Australia shares an affinity. As I said in Parliament, ‘Ours is a 70-year long friendship between two peoples which share a commitment to democracy and the rule of law; have a multicultural character, committed to science and research, to a free press, to prosperity for our people and to innovation to overcome the challenges of our often hostile natural environments.’ I will never resile from that.”

Albanese’s pitch, meanwhile, focuses on the “cost of necessities of life”, with Labor’s pledge to create a stronger economy with greater job security.

“We can revitalise Australian manufacturing, creating thousands of new jobs across the nation and giving birth to new export industries that will make Australia a renewable energy superpower.

“We aren’t proposing a revolution. But we are proposing renewal using the power of government to make our great nation even better.

“To members of the Jewish community, the choice on Saturday is simple.”

With Israel policy likely to weigh on many Jewish voters, historical comments by Albanese highly critical of Israel were highlighted this week by journalist Sharri Markson, who also said he has met former UK Labour leader Jeremy Corbyn “at least four times”.

Great to catch up with ⁦@jeremycorbyn⁩ today in #Westminster at a critical time in British politics pic.twitter.com/AWB5RzJYqu

Executive Council of Australia Jewry co-CEO Peter Wertheim told The AJN that “Sharri’s research as always is impressive”, but said, “I would add that the stunning defeat of UK Labour under Jeremy Corbyn in 2019 seems to have had a chastening effect on the thinking of Anthony Albanese.”

Wertheim continued, “In his interview with the ECAJ last year [Albanese] again denounced BDS and the use of the apartheid analogy to demonise Israel, endorsed the IHRA working definition of antisemitism, reaffirmed Labor’s strong support of Israel’s right to exist in peace and added that an ALP government would work constructively with Israel, especially over ‘issues we have in common’.

“But we are still concerned at the prospect that an ALP government would unilaterally recognise a Palestinian state, withdraw Australia’s recognition of west Jerusalem as Israel’s capital and revert to a voting pattern at the UN that is less sympathetic to Israel than under the current government.”

Meanwhile in breaking news on Wednesday, businessman Simon Holmes a Court – whose Climate 200 group is backing “teal” independents Zoe Daniel in Goldstein, Allegra Spender in Wentworth and Monique Ryan in Kooyong – came under fire for describing former prime minister John Howard as the “angel of death” – a term most frequently associated with Nazi butcher Joseph Mengele – as the former leader prepared to arrive in Jewish Treasurer Josh Frydenberg’s electorate of Kooyong. 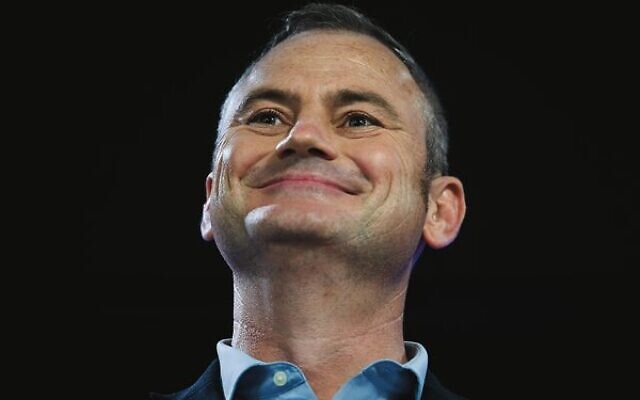 Holmes a Court later clarified that he had used the term in reference to a recent article in The Saturday Paper, which quoted “a Liberal” as saying, “I look at John Howard as the angel of death … You don’t send John Howard somewhere you don’t need him.”

“As someone with jewish ancestry, i find these false claims of antisemitism for political gain to be abhorrent (sic),” he tweeted. Holmes a Court later revealed he had instructed his lawyers to initiate defamation actions against the Daily Telegraph and Daily Mail in relation to “their outrageous slurs against me”.

“I did not compare #JohnHoward to a nazi. the suggestion that that was my intention is disgusting and beneath contempt (sic),” he tweeted.

It was also revealed this week that lawyers for Goldstein teal independent Daniel have formally warned her opponent, Liberal MP Tim Wilson, that they will launch defamation action against him for allegedly describing her and her campaign as “antisemitic” and “racist”.

I won’t be intimidated by legal threats, and will call out racism wherever it occurs … https://t.co/TlXmPSnEg5

Lawyer Michael Bradley of Marque Lawyers wrote, “The imputations [of antisemitism] are baseless and false. Ms Daniel is not racist nor antisemitic. There is no evidence to support a suggestion that she is.”

Wilson responded by accusing the former ABC journalist of attempting to “use the law to silence her critics”.

Daniel has been roundly condemned for refusing to take her signature off an open letter last year describing Israel as an “apartheid regime” and urging journalists to “avoid both siderism” when reporting on the Israeli-Palestinian conflict.