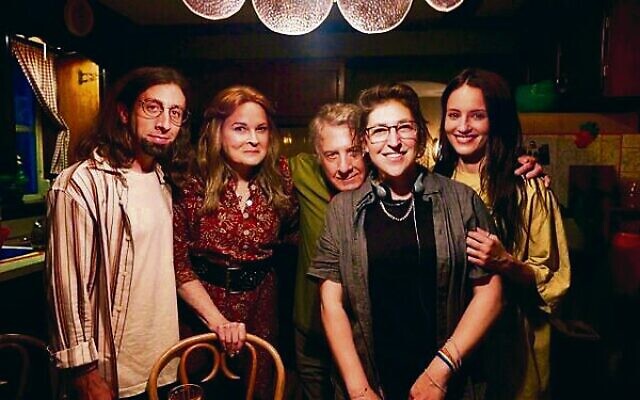 Whether you know her from Beaches, Blossom, The Big Bang Theory or Jeopardy! there’s no denying that Mayim Bialik is a familiar face on television screens.

But for her next project, she stepped behind the camera to direct a semi-autobiographical, low-key melodrama about a Jewish family encountering death and dysfunction.

In As They Made Us, fellow Jewish actor Dianna Agron, of Glee fame, plays a divorced mother employed by a Jewish publication, The Modern Jew, who, alongside her meddling Jewish mother is dealing with caring for her ailing father, played by Dustin Hoffman.

Simon Helberg – yes, the very Jewish Howard from The Big Bang Theory – plays the son, who disappeared when his father became ill, leaving the caring role to his mother and sister.

Judaism is centre stage in the film, with the children saying the Shema every night, Agron wears a Magen David and there are hand-drawn menorah pictures scattered throughout the homes. There’s also a Yiddish song that makes an appearance and a focus on the way Judaism deals with death and mourning.

And in a beautiful nod to many of the cast and crew’s Jewish heritage, each and every Friday, Shabbat would be celebrated on set, with Bialik telling Steven Colbert on The Late Show that it felt appropriate to bring in the Sabbath.