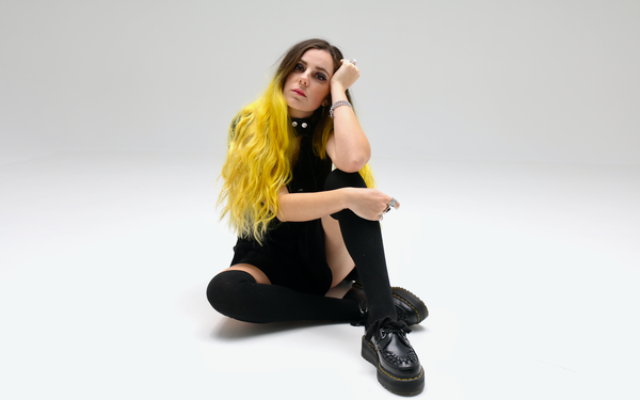 Having more than three billion global streams to date is a massive achievement. But for multidisciplinary artist AViVa, there was always a passion for words.

“I have been making art in many forms for as long as I can remember,” she told The AJN. “I am lucky enough to have come from a family who have always supported me in living a creative life.”

Last year, AViVa published her young adult novel Self/Less, which she said was born from the idea of losing her self-expression.

“That loss of identity would be crippling to artists, and I think everyone would find it difficult in some ways. I wanted to take it a step further, to create a world where there was no art, music, design or religion,” she explained.

“I wanted to imagine what might happen in a future with a neo-fascist regime, a place that had slipped into the clutches of their government, in a world that had never experienced the atrocities of WWII, or (more scary) if people had forgotten our history. This idea was what created the basis for the world that Self/Less is set in, and threaded throughout I sought to include the little ways that people cannot avoid art and culture.”

Now, her sequel, Relentless, is available. In Self/Less, Teddy, the main character, only scratches the surface of what’s going on. But in Relentless, the bandage is ripped off, as Teddy makes new friends and goes back into the city. Readers get to see the world through the lens of an adult, albeit a very young and naive one, showing that things are far more insidious than believed before.

As a multidisciplinary artist, AViVa explains that each medium is an extension of the other. As for her music and the link to the novels, AViVa describes her songs as the soundtrack.

“Each song has a moment or a scene that it illustrates, or adds depth to. I don’t like to be prescriptive with what they are to me. I think that it is more fun for readers to listen and apply the songs based on how they connect with the music and action in the book. I imagine that my music is what they would be listening to in the Underground,” she said.

As a young adult herself, AViVa felt writing for youth audiences was a natural progression, describing the experience of being a teenager and young adult as “vibrant”.

“Everything is new and fresh. Feelings feel stronger because you have less of a reference point,” she said. “I enjoy the way that young people learn through their mistakes (or don’t learn) and writing young adult characters means I get to explore that journey of self-discovery for all my different characters and their experiences.”

And when it comes to her main character, she hopes readers connect to Teddy’s journey.

“She makes some mistakes and starts off feeling betrayed by the world, but as we watch her grow (especially in Relentless) Teddy starts to take control of her life, of who she is and who she wants to be. She becomes a leader, but she’s still learning and still vulnerable and that is okay.”