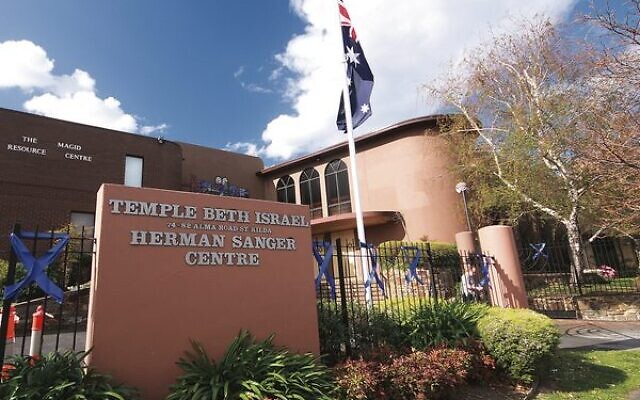 TEMPLE Beth Israel (TBI) will hold its AGM early next month, with both sides of a bitter dispute hoping the outcome will stabilise Melbourne’s largest Progressive shule.

Advising members of the September 12 AGM last Sunday, TBI’s board drew fresh criticism by announcing it would be online only. Critics claimed last year’s online-only AGM, held during a COVID lockdown, had not enabled members to communicate properly with the chair or one another.

Standing for president, Michael Lawrence, head of the Chaverim faction challenging the board, told The AJN this week, “We, like many congregants, are surprised by the board’s decision to hold the AGM via Zoom, given there is no government mandate to hold meetings online due to COVID or otherwise.

“We thought the AGM would provide a fractured community with the opportunity to come together and express their concerns and thoughts in person”, he said, noting in terms of COVID precautions, “the congregation will come together in greater numbers for the High Holy Days in the two weeks following the AGM”.

While satisfied with TrueVote as the independent third-party officer counting proxy votes, Lawrence said he would continue to press for an independent party to receive proxies, rather than TBI’s honorary secretary.

Sunday’s AGM notice from the board listed a set of five special resolutions, collectively proposing the removal of five existing board members and their replacement with candidates from Chaverim. A TBI email on Wednesday urged members not to vote for these resolutions or give proxy votes to Chaverim.

Chaverim has criticised TBI’s handling of workplace allegations against its cantor Michel Laloum, its handling of the departure of Rabbi Gersh Lazarow over allegations of widespread plagiarism, its financial management and communications with members.

In a June letter to congregants, TBI’s emeritus rabbis, Rabbi Dr John Levi and Rabbi Fred Morgan, and seven past presidents, accused the board of “unfortunate and inappropriate decisions” triggering “the saddest period in Temple Beth Israel’s history”.

A board email this week cited COVID concerns as a reason for the online AGM. And TBI chair Alain Grossbard told The AJN this week, “We have chosen to hold this year’s AGM virtually due to an increasing number of TBI employees and volunteers being subject to bullying, harassment and intimidation.”

He said it is “unfortunate that special resolutions have been made to remove” the five board members.

On voting procedures, Grossbard said the AGM “is being held in line with TBI’s constitution”. TBI president Joanne Loewy Irons said it was “normative” for a secretary to receive proxy votes.