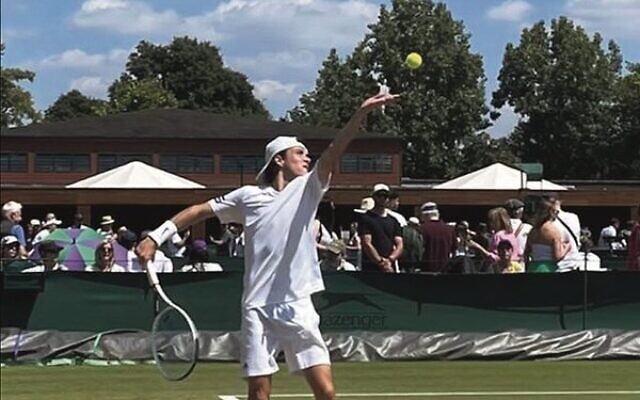 Jake Dembo serving in a 2022 Junior Wimbledon U14 boys' match earlier this week.

THE ultimate experience every young elite level tennis player dreams of is to get to play at Wimbledon.

And Jewish player Jake Dembo from Perth got to do just that, from July 7-10, in the 2022 Wimbledon junior U14 boys’ tournament, having qualified in February at a grass-court event back home.

Dembo travelled to London with his coach Rhys McDougall, to represent himself and his country, on the world’s most famous set of grass courts.

The U14 boys’ tournament coincided with the massive second week of the men’s and women’s tournament, so the atmosphere among the big crowds added to the overall experience.

Dembo was seeded sixth among a group of 16 players, and played a total of four matches. He won two matches and lost two.

The first match was a challenge against third-seeded American Carel Ngounoue, which Dembo lost in straight sets.

He bounced back in the second round, comfortably defeating Brazilian Pedro Dietrich 6-1, 6-4, and earned back-to-back wins when outplaying Jordanian Malek Alqurneh 6-0, 6-3 in the third round. 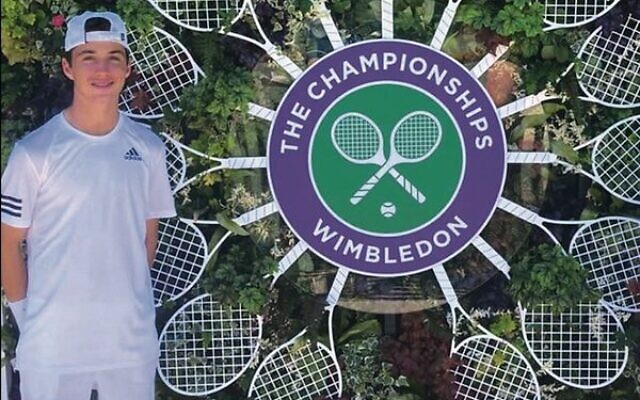 Dembo said he was very pleased with the overall outcome at the biggest tournament to date.

“I learnt so much from competing at Wimbledon, and will aim to use this experience to further improve my tennis.”

He added, he also enjoyed the extra player privileges at Wimbledon, and being with professional tennis athletes.

He even got to train on a court next to Rafael Nadal, which was a definite highlight.

Dembo has been selected by Tennis Australia to compete in a European juniors tour, so will continue his travels from London to compete in France, Germany and Belgium.

He will then return to Australia in August to compete in an International Tennis Federation tournament in Sydney.