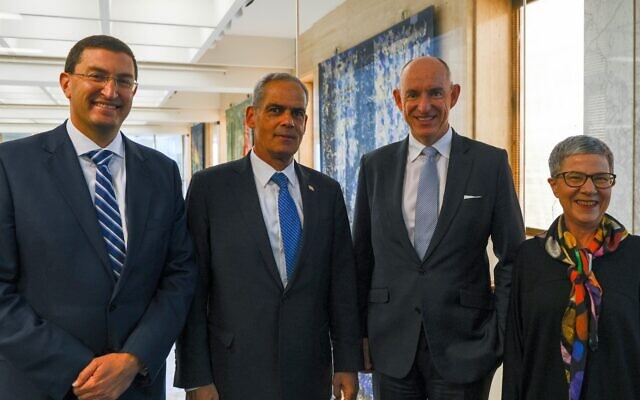 MORE than 270,000 pages of content from 180 years of Australian Jewish newspapers is now online.

It includes historic issues of the 126-year-old Australian Jewish News (AJN) (and its forebears) up to 2020.

“These newspapers have gone on a remarkable journey from page to screen, and as people all over the world begin to search through this amazing archive, a new journey of discovery is about to begin,” said Marie-Louise Ayres, director-general of the NLA.

“We know this project will be transformative for community and family history. Making so much material available freely available, over such a long timeframe, will enable present generations to connect with the treasured voices, stories and opinions of the people from their collective past.”

“A couple of weeks back, I got a text extolling how great I am from an acquaintance who is more likely to abuse me than flatter me. I had to call him immediately,” he said.

“Ian had just finished searching Trove for the first time. He had entered his grandmother’s name and found her obituary. This told the story of her arrival in Australia and what happened to the family she left behind in Russia.

“Ian had been searching for years for evidence of that side of the family and here it was in black and white staring at him.”

Philippsohn told The AJN that prior to the realisation of the project, “Researchers would need to come to our offices in Darlinghurst and laboriously work their way through many bound volumes.

“We wanted everybody to be able to search and access online the 270,000 pages of Jewish newspapers printed from 1840s up to 2020 which reflect day-to-day life in our community,” he said.

“The active participation of the national libraries of Australia and Israel in conjunction with the society and supported by donors from around the country has made this possible.”

NLI director Oren Weinberg also sent greetings to the launch, saying, “We are so grateful to the many partners that enabled this digitisation project to move forward.

“This is a beautiful example of cultural exchange and partnership between Australia and Israel.”

AJN editor Zeddy Lawrence hailed the “fantastic development in chronicling Australian Jewish history through the digitisation of the Australian Jewish press”, adding that the publication would soon be offering readers the opportunity to search through its archives via its digital platforms.