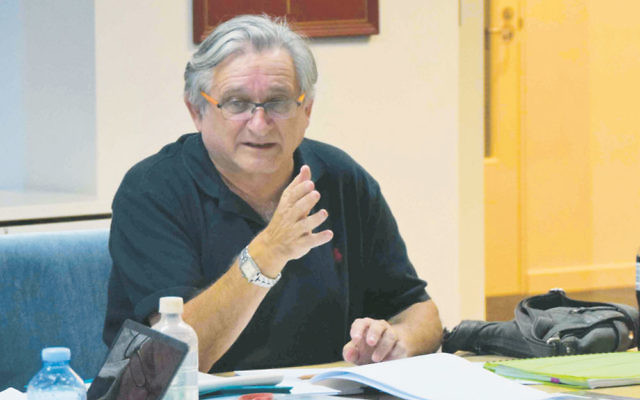 THE theatre world is mourning the death of director and former teacher Charles Slucki, who died suddenly from a heart attack in Los Angeles on December 30 on his way back to Melbourne after visiting family.

Slucki, who was 67 and widely known by his nickname “Sluggo”, was born in Paris and came to Australia when he was two. He grew up in Carlton – author Arnold Zable was a neighbour – and went to Princes Hill High School and also became involved with Yiddish theatre.

He spent four years at Rusden State College (originally Monash Teachers College) studying drama and media studies and was involved in 17 productions. He graduated from Monash University with a Bachelor of Education in Drama and History.

Slucki was Head of Performing Arts at Sandringham Secondary College from 1978 to 1998. He directed many school productions, including an original musical titled Friends which he co-wrote with Julian Duband, and led international theatre tours for his VCE students.

In 1996 Slucki was honoured by the Education Department of Victoria when he was named Victorian Teacher of the Year.

In 1998, Slucki joined Mount Scopus Memorial College as Director of Performing Arts where he staged many productions, oversaw the construction of the Besen Centre and led overseas tours for students.

In 2008 he established his own company, Theatrica, offering theatre tours to New York, Los Angeles and London.

Last year Slucki directed his first Saltpillar production, the Aaron Posner adaptation of American author Chaim Potok’s 1972 bestseller My Name Is Asher Lev, bringing his career total of plays that he directed to 370.

In 2008 Slucki started volunteering at an orphanage in Cambodia and made regular visits there to help the children.

Since the news of his death there have been many tributes and an outpouring of grief from people in the industry, former students whom he mentored, actors and friends who recalled his profound contribution to the theatre and the community.