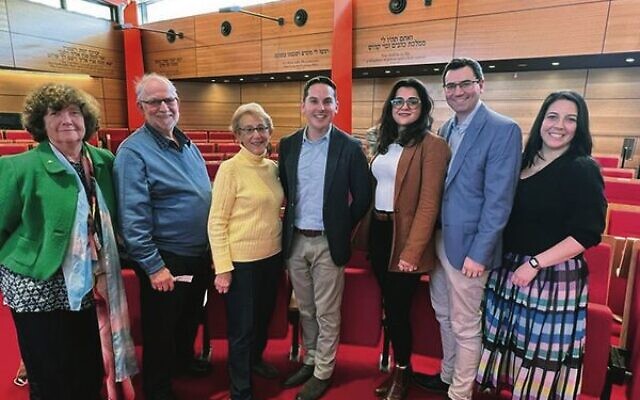 “YOU can only be what you can see,” said Rabbi Jacqueline Ninio at the start of Sunday’s Social Justice Summit at Emanuel Synagogue.

The focus of the day’s discussions was gender equity in leadership roles across Jewish community organisations and what needs to be done to ensure leaders represent the diversity of the community.

“It’s really time that the senior leadership of the community, our communal bodies, focus on this because women have a great depth of talent and diverse backgrounds and experience to contribute to our boards,” said Executive Council of Australian Jewry president Jillian Segal.

“It’s time that we saw them step up.”

Yael Stone was one of the many keynote speakers on the day. The actress, best known for her role in the Netflix series Orange Is the New Black, spoke bravely about the power of speaking up.

David Ossip, in his first public event as NSW Jewish Board of Deputies (JBD) president, was one of the facilitators as the role of men in helping lead the way to gender equity was debated.

“Gender equity and equal representation is incredibly important for three reasons,” he said.

“One, because it leads to organisations which are more effective; two because if organisations are genuinely representative they need to look like the communities they’re representing; and three, because ultimately it’s right. No one should be discriminated against or held back based on immutable characteristics like gender.” 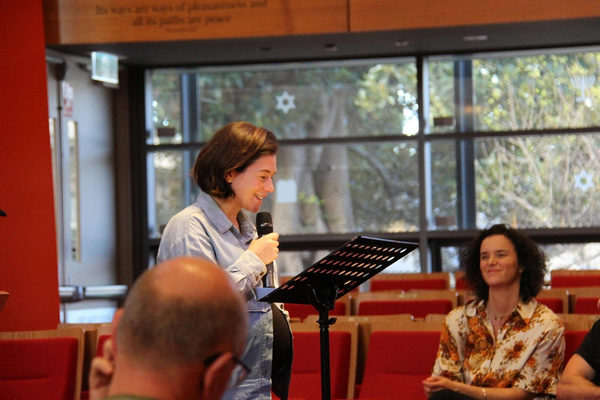 A NSW JBD spokesperson said, “We have a number of exceptionally talented female directors, office bearers, senior staff and constituents. While there is still work to be done, our new president David Ossip and CEO Darren Bark are committed to ensuring women are empowered and have an equal place at the board.”

The National Council of Jewish Women of Australia (NCJWA) stated, “The summit combined reflection and discussion with action and change-making. An inspirational event.”

The summit was held on the back of a survey, Leading the Change to Gender Equity in Jewish Leadership, that revealed one in 10 women and one in five LGBTQ+ people who work in NSW Jewish community organisations have reported experiencing some form of gender-based harassment in their organisation.

Almost one in five women and almost a third of LGBTQ+ people said gender-based discrimination had impacted their work or career.

The summit was co-presented by Plus61J Media, Emanuel Synagogue and Shalom, with the Sydney Alliance, Stand Up and NCJWA NSW. It was supported by the JCA Social Justice Fund.