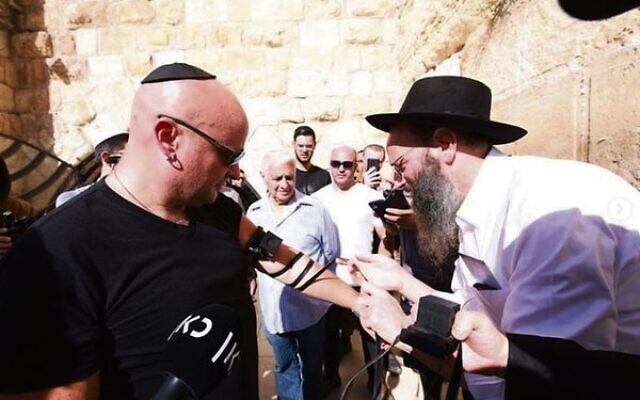 ROCKER David Draiman is a man of his word.

And the lead singer of nu-metal superstars Disturbed last week followed through on a promise he made following last month’s Hamas terror attack in Jerusalem’s Old City.

“I’m going to go to the Western Wall. I’m going to light a candle at the site of the Hamas terror attack. We will not be intimidated. We’re not going anywhere. #AmYisraelChai,” he posted on Instagram on November 24.

And sure enough, last Wednesday the singer did just that before laying tefillin and praying at the Kotel.

“A truly wonderful experience. Thanks so much to everyone who came out!” he posted along with photos.

Fiercely proud of his Jewish heritage, Draiman has been a staunch defender of Israel on social media over many years, frequently battling trolls on Twitter.

Draiman told The Jerusalem Post he wanted to “make a statement” by coming to Israel in the wake of the attack.

“The coverage was reprehensible in the vast majority of American and European media,” he said.